Rasa - Senior leader of the ISIL Mawlavi Habib Ur Rehman surrendered to the Afghan forces together with his 152 militants. 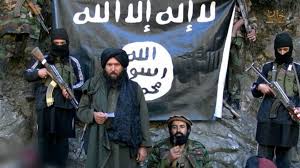 RNA - The 209th Shaheen Corps of the Afghan Military in the North said the ISIL leader and his fighters have surrendered in Jawzjan province, Khaama Press reported.

A statement by Shaheen Corps said the militants surrendered to Afghan forces late on Tuesday night.

The statement further added that Mawlavi Rehman and his militants also handed over their weapons and some other military kits to the Afghan forces.

The anti-government militant groups including ISIL loyalists have not commented regarding the report so far.

According to Fars News Agancy,  Jawzjan has been among the relatively calm provinces in North of Afghanistan but the security situation of the province has deteriorated during the recent years.

Both the Taliban and ISIL loyalists operate in some districts of the province and often carry out terrorist related activities.

This comes as sporadic clashes are underway between the Taliban and ISIL militants in some parts of Jawzjan province.

Tags: Afghan ISIL
Short Link rasanews.ir/201qBJ
Share
0
Please type in your comments in English.
The comments that contain insults or libel to individuals, ethnicities, or contradictions with the laws of the country and religious teachings will not be disclosed