Rasa - The European Union Representative and the EU Heads of Mission in Jerusalem and Ramallah expressed “strong concern” on Monday about the Israeli dismantling and confiscation of a donor-funded women's center and kindergarten serving the Bedouin and refugee community of Jabal al-Baba, on the outskirts of Jerusalem, in late July. 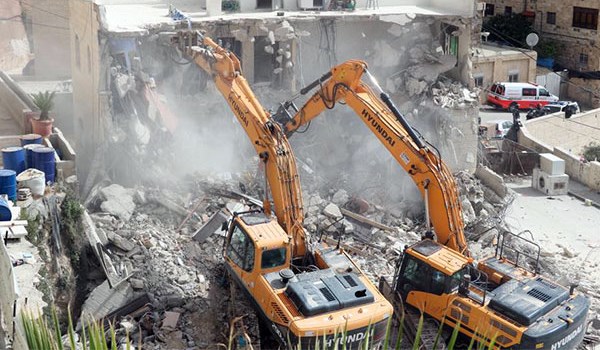 RNA - “In line with its long-standing position on this issue, and reiterating its strong opposition to Israel's settlement policy and actions taken in this context, including demolitions and confiscations, evictions and forced transfers, which all threaten the two-state solution, the EU calls upon the Israeli authorities to halt demolitions and confiscations of Palestinian houses and property in accordance with its obligations as an occupying power under international humanitarian law, and to cease the policy of settlement construction and expansion, of designating land for exclusive Israeli use and of denying Palestinian development,” the missions said in a statement, WAFA reported.

The EU missions also called on the Israeli authorities to rebuild the structure in the same place.

Jabal al-Baba is located in Area C of the occupied West Bank, which is under full Israeli military and administrative control. Israel does not allow Palestinian development or construction in this area, which it retains exclusively for Jewish settlement construction and expansion despite of their violation of international law.

Tags: Palestinian Israel EU
Short Link rasanews.ir/201qB1
Share
0
Please type in your comments in English.
The comments that contain insults or libel to individuals, ethnicities, or contradictions with the laws of the country and religious teachings will not be disclosed