Zionists resorted to storytelling to portray themselves as oppressed

Rasa – Declaring that Judaism is not a religion, is a tribe, Alireza Soltanshahi said that Jews are a group which is dependent on emigration and for this reason, they never confined themselves to a specific region and are considered as the most dispersed ethnic group around the world. 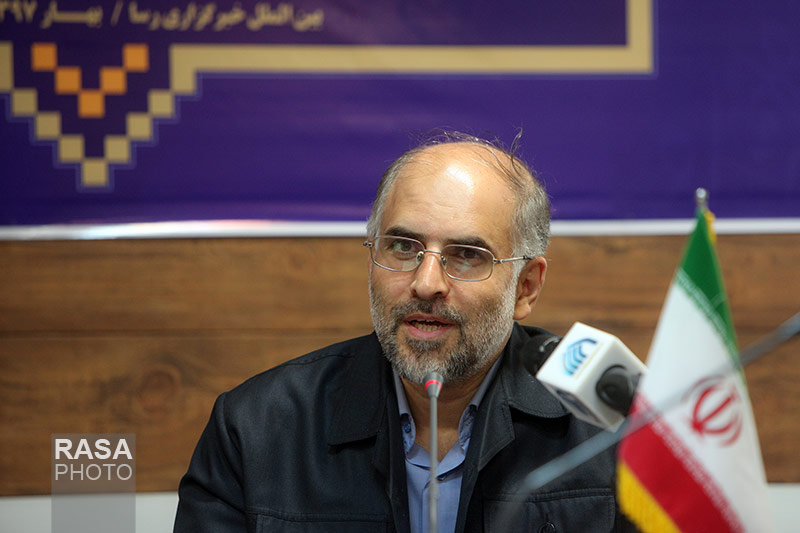 RNA – Speaking at an analytical press conference entitled “Dimensions, Consequences and Prospects for the Judaization of the Palestinian Territory,” held at the Institute for Strategic Studies in Tehran on Saturday, July 28, Mr. Alireza Soltanshahi, a Palestinian affairs expert, said, “Today, Judaism is not known as a religion but rather it’s known as an ethnic group.”

He added that in the life of Judaism, Jews are a group which is dependent on emigration and for this reason, they never confined themselves to a specific region and are considered as the most dispersed ethnic group around the world.

He said that one rabbi, who spent more than thirty years as the leader of the Jews in Iran during the Pahlavi period, arrived in the service of the late Imam Khomeyni along with some other Jewish leaders in 1979. They announced their position at the Tehran Jewish Committee that they was separate from the Zionist regime and for this reason, Imam Khomeyni stated that they were the true followers of the Prophet Moses.”

Mr. Soltanshahi said that today, we have two forms of Judaism, one is deviant form and one is a follower of Moses and added, “The fact is that being a Jew is not about having a belief in Judaism but rather that blood and race determine being a Jew. That is, anyone whose father and mother, and fundamentally, whoever’s mother is Jewish, means he is Jewish, and someone outside of this and who only has interest in Judaism cannot be Jewish.”

Stating that in order to emigrate, the Zionists needed to resort to storytelling to portray themselves as oppressed and in order to do this, they use the attacks against them by the Assyrians, Babylon and the Holocaust to consolidate the depiction that they are oppressed everywhere in the world and added, “The Holocaust is one of the same myths that Jews designed to portray themselves as oppressed.”

The Palestinian affairs expert said, “In regard to the lie of the Holocaust, they say that six million innocent Jews were burnt in the furnaces of the concentration camps.”

He said, “Money and security are other things that the Zionists are urgently pursuing and for this reason, they occupied the Palestinian territories, which is considered crucial in terms of resources and strategic importance, to become the master of the world.”

Tags: Soltanshahi Zionist regime Liberating Palestine Judaization Zionist Israel Jews Palestine Jew Jewish Judaism
Short Link rasanews.ir/201qAZ
Share
0
Please type in your comments in English.
The comments that contain insults or libel to individuals, ethnicities, or contradictions with the laws of the country and religious teachings will not be disclosed