Rasa - Saudi Arabia’s Crown Prince Mohammed bin Salman is set to make a short visit to Egypt on Sunday. The trip is coming while the two nations’ relations are not as warm as before. 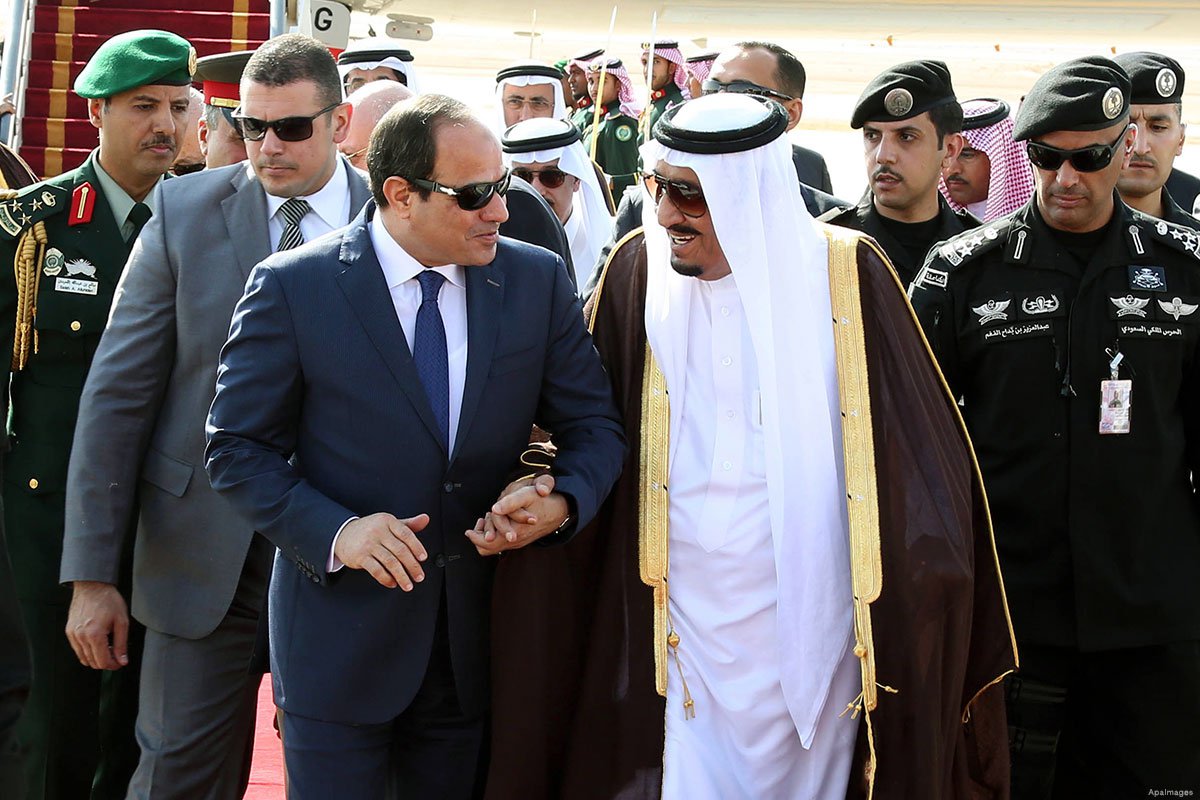 RNA - Saudi Arabia’s Crown Prince Mohammed bin Salman is set to make a short visit to Egypt on Sunday. The trip is coming while the two nations’ relations are not as warm as before.

Issues that are causing the king in waiting to visit Cairo at the time being could be summed up as:

- Egypt’s economic troubles and the need for Saudi cash

- Defeat of the Syrian government’s opponents

Prince Mohammed hopes to repair the frayed ties with Saudi Arabia by offering financial aids to Cairo which has been feeling the pinch since the 2011 revolution, though the gaps between Saudi Arabia and Egypt do not look to allow such a rapprochement.

For the past two years, the two sides have seen their relations struck by differences. The first discord was over Syria. In fact, one of the main drives of the coup plotters in Egypt against President Mohamed Morsi in 2013 was to get the country back after it became a major base of the opposition and the armed groups fighting the government of the Syrian President Bashar al-Assad under the Muslim Brotherhood-affiliated president. The Egyptian military was opposed to any interference in Syria and declined to be in good terms with Damascus enemies.

Following the coup led by Abdel Fattah el-Sisi, the army chief under Morsi, the Syrian opposition were expelled from Egypt, the Syrian embassy was reopened, and Syria-Egypt flights were resumed. All of these normalizing measures were taken in a news blackout in order not to trigger the sensitivity of Riyadh, which offered the biggest support to the coup against Morsi.

Another essential disagreement between Riyadh and Cairo is over Yemen crisis. Despite the fact that Egypt was officially named a party to the Saudi-led Arab military coalition against Yemen, it rejected to take part in the ground offensive against the Arab nation. Its participation was limited to deployment of frigates to the Yemeni waters. The rejection to be fully involved in the aggression publicized the two allies’ gaps.

The third factor fracturing the Saudi-Egyptian relations has to do with Riyadh’s support to the radical Salafi groups in the region which is aimed at confronting Iran and the Axis of Resistance and expanding Saudi Arabia’s sphere of influence. In the eyes of Cairo, the extremist groups pose a greater risk than Iran does to its interests. The Egyptian leaders have a consensus that the Saudi-backed takfiri groups fighting the national governments in the Arab world are serious danger also to the Arab world. Since el-Sisi’s assumption of power, Egypt has been cracking down on them at home. In the past two years, ISIS terrorist group, which is ideologically fed by the Saudi-supported Wahhabism, expanded its presence and activity to the Egypt’s Sinai Peninsula, posing a direct risk to the country’s national security.

Nearly one and half year ago, Egypt put much effort to de-escalate tensions with the kingdom. Cairo invited King Salman bin Abdulaziz who visited Egypt in early April 2016. The reception was warm and brilliant. During the trip, the monarch agreed to inject $2 billion into the Egyptian crippled economy in financial aids. Salamn also agreed to supply cheaper-than-market crude oil to Egypt worth of $22 billion. To the surprise of its public, the Egyptian government at the end of the trip said that it transferred the two Red Sea islands of Sanafir and Tiran to Saudi Arabia.

In the body of Egypt’s leadership, there are two factions with two different views on the form of relations with the Arab kingdom. One faction favors closeness to Riyadh, stressing that financial aids from the Saudis serve the Egyptian economy. The opposite camp, however, has a base in the army and the judiciary and also among some politicians, and wants the increasing Saudi toehold in the country curbed.

With regard to their conflicting goals and interests, Egypt and Saudi Arabia can never build a strategic alliance. The first dispute is over the transfer of the islands that was passed by the government and the parliament but public outcry and Supreme Court’s ruling overrode the decision.

Egypt’s apex court on Saturday dismissed legal challenges to a controversial deal transferring two Red Sea islands to Saudi Arabia, a day before a visit by its crown prince.

The Supreme Court ruled that no other court had jurisdiction over the matter, blocking two opposing verdicts - one by the Supreme Administrative Court, which was against ceding control of the islands of Tiran and Sanafir, the other by the Court of Urgent Matters, which looked to void that decision.

"The signature of the representative of the Egyptian state on the maritime borders agreement between the governments of Egypt and Saudi Arabia is undoubtedly an act of sovereignty," the Supreme Court said in a statement, adding that approving the deal was down to Egypt's legislative body.

The second reason behind the failure of the two states to make good allies is the Cairo officials’ pro-Syrian stances. Last year, in a press conference on the sidelines of the United Nations General Assembly, the Egyptian foreign minister brazenly declared that his country was opposed to ousting the Syrian leader Assad.

The third conflict of view played itself out in the UN’s vote on Syria ceasefire. In December 2016, the Egyptian envoy to the UN voted in favor of a Russian-drafted resolution that called for a truce in the north Syrian city of Aleppo. The pro-Russian vote put Cairo in front of Riyadh which in response withheld the generous aids and stopped providing cheap oil to Egypt.

For long years, Egypt and Saudi Arabia have been viewed as engaged in a sort of rivalry over Arab world’s leadership rather than supplementary partnership. Egypt builds its cause on the nationalism that has roots in the ideology of the former leader Gamal Abdel Nasser who relied on big population, largest Arab army, and geopolitical position to claim Arab world’s leadership. Saudi Arabia, on the other side, over the past five decades has gained a base and role in the Arab world as it hosts holy Muslim sites and enjoys huge oil incomes, West's backing, and also offers generous support for the smaller Arab states in its vicinity. Such a competition keeps the two leadership claimers’ cooperation limited to an evanescent, and not strategic, level.

Tags: Saudi Egypt
Short Link rasanews.ir/201pbY
Share
0
Please type in your comments in English.
The comments that contain insults or libel to individuals, ethnicities, or contradictions with the laws of the country and religious teachings will not be disclosed