Why Does Peace Look Unachievable in Afghanistan?

Rasa - Peace with Taliban has been a perused policy of Afghan government in the past few years. The government of President Ashraf Ghani looks poised to incorporate Taliban in the nation’s power structure as he had made it clear in various summits. Tripartite meetings first held in Kabul and then in Islamabad all debated this idea, though they were left unconcluded after the death of the insurgent group’s leader Mullah Omar. 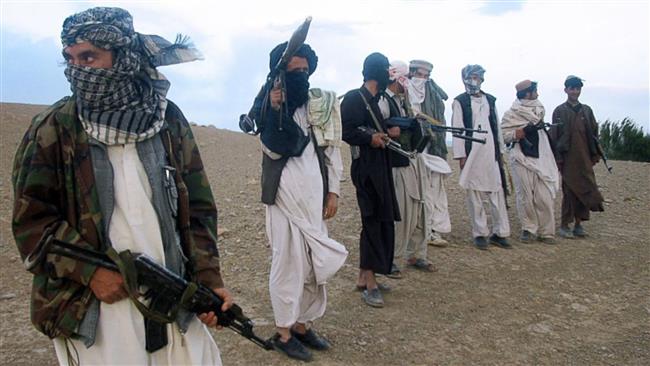 RNA - After some time, the government held talks with Gulbuddin Hekmatyar, the head of Hizb-e-Islami party. The talks concluded in a peace deal in May last year, allowing the former warlord to return to the capital. The agreement was praised as an achievement by the government and its US backers. They hoped that in next stages they will bring Taliban on the negotiating table. But Taliban attacked Kunduz and captured some districts of the city, telling Americans and Kabul that the faction they struck a deal with was weak to an extent that it could not even save its traditional bastion Kunduz. The capture bore the idea that the accord with Hekmatyar, whose power is hit by disputes inside his party, was not triumphant.

What is clear is that the US seeks a long-term stay in Afghanistan. Washington agrees with negotiations that do not make concessions to the Taliban as a rebel group, rather it wants Taliban bow to their demands. The administration of President Donald Trump believes in pressuring the group as a viable path to get it in the peace process and ready to say yes to the US demands.

However, so far Taliban has declined to recognize the Kabul government, and often accuses it of being a the US pawn with no personal power and will. Taliban insist that they only negotiate with the US because they are the key party that are holding the country’s ground and air. There is a consensus among various Taliban splits on this view, though every now and then some fake statements appear to carry evidence of Taliban factions’ difference on this stance.

For years, the group clung to the precondition of foreign forces’ withdrawal from the country before any negotiations for a settlement. However, some relatively dramatic change has happened to that stiff stance. Now they suggest that they are ready to debate peace, but a timetable for the pullout of foreign troops from Afghanistan should also be on the agenda. The new suggestion comes after the militant group in the past two years stressed on the departure of the US and NATO forces, but finally concluded that instant withdrawal is unlikely.

In late August last year, the US unveiled its new Afghanistan war strategy, in which it attacked Pakistan as an untrustworthy ally. The US immediately put strains on Islamabad, saying that it will suspend aids to Pakistan until it changes behavior in Afghanistan and halt supporting terrorism in the war-hit nation. After the US pressures mounted on Islamabad, Afghan and Pakistani representatives resumed bilateral talks. Pakistan hosted the first meeting, and the second one was held in Kabul on Wednesday. The Americans did not officially attend the meetings but apparently had a manipulative role in them.

In the recent Kabul meeting, Afghanistan’s Ghani declared his administration’s readiness to engage in negotiations with Taliban. He offered some privileges to the groups as a good faith move: Recognizing Taliban as a political party, allowing the group to take some government posts, bilaterally holding the fire and releasing Taliban’s prisoners, holding elections, and amending the nation’s constitution in association with the group. The Afghan leader, however, asserted that the concessions are tied to a reciprocal Taliban decision to recognize the government and the constitution.

But Taliban immediately in a statement dismissed the meeting as a plot and said it will not recognize its outcomes. It stated that with the Americans’ dominance of the country, massacring the people, and also their backing for terrorism including ISIS terrorist group underway, talk of peace makes no sense.

Americans still hold the idea that Taliban has no other way than acceding to the US conditions. Barnet Rubin, an American expert of Afghanistan affairs, has recently in an “open letter” called on the militant group to show commitment to peace talks with the government and the independence of the country. He argued that Taliban claim to be holding a rightful cause but simultaneously they are the key factor of insecurity in the country. He insisted that genuine adherence to the peace was needed to be displayed by the insurgents. He also suggested that the US should directly involve in dialogue with Taliban, the only party, according to Rubin, who could put an end to the long-standing war.

“Our country has been occupied, which has led to an American-style supposed Afghan government being imposed upon us,” the Taliban response said. “And your view that we talk to them and accept their legitimacy is the same formula adopted by America to win the war,” it said, adding that the Kabul Process was simply aimed at seeking the "surrender” of Taliban.

Besides Rubin, the United Nations also welcomed Ghani’s initiative, praising it as the best possible way toward peace, urging Taliban to seize the opportunity. The European Union also supported President Ghani’s offer. The United Nations Assistance Mission in Afghanistan (UNAMA) also showed support, saying that peace in Afghanistan was feasible only through laying down arms. In addition, Amrullah Saleh, the former head of National Directorate of Security, suggested that the “path to peace runs through Kabul and the Cabinet.”

But Taliban is aware of the split and inconsistency inside the national government. If the administration seeks to press Taliban towards dialogue, it first needs to put aside internal rifts which are causing series divisions. While some parties find Taliban a terrorist group unworthy of trust some others of ethnical commonalities with the militant group, such as the Pashtuns, argue that talks are unavoidable.

Analysts agree that differences inside the Afghan cabinet are the main obstacles ahead of the dialogue and peace. They suggest that under the shadow of lack of balance and national trust, the Kabul peace process can hardly succeed. The negotiations with Taliban have been perused since nearly a decade ago, with many conferences hosted by various countries, only to turn out to be unusual.

Ahmad Wali Masoud, Afghanistan’s home affairs expert and a former ambassador to Britain, insists that peace in Afghanistan is attainable only if government adopts a single agreed-upon approach towards Taliban and talks.

“While some have a tendency to Taliban and even support it, others are opposed to the group because they believe that it is a terrorist organization. Even President Ashraf Ghani supports Taliban and holds secret meetings with them. He is a Pashtun and is interested to get them into the power structure in a bid to jointly marginalize the Tajiks and the Shiites. But the Jamiat-e Islami party, which consists of the Tajiks of the north, will never bow to the idea that Taliban which always conducted terrorist attacks be allowed into the power body. They know that in case of Taliban entry, they will be pushed to the sidelines. A large part of the row between Ghani and Atta Muhammad Nur, the director-general of Jamiat-e Islami, stems from this reality,” Mr Masoud said.

In addition to the trouble-making home rows, another problem is Pakistan. As long as Islamabad backs Taliban and its radical splits, the dialogue will go nowhere. The border difference with Afghanistan is one of the drives behind the pro-Taliban supports. None of the Afghan governments so far have recognized the Durand demarcation line on the border with Pakistan. Islamabad leaders have constantly lived with the fear of an anti-Pakistan rise of the Pashtuns on the case. Therefore, Islamabad unwaveringly has the back of Taliban to perpetuate the crisis which can keep the Afghans weak and thus unable to peruse their border demands.

Another problematic issue on the way of peace is the US that wants to establish a long-term presence in resource-rich Afghanistan, something Taliban strongly opposes. Americans have only paid lip service to the pro-peace negotiations, causing experts believe that either Washington is uninterested in talks or only is agree with dialogue under which Taliban submit to the US demands including laying down the guns and quitting demands of foreign forces withdrawal. Taliban reject these conditions naturally, making the nation far away from peace.

The country is set to hold parliamentary elections on July 7. If the process is not hit by fraud, the political parties recognize each other’s rights, and political excess is avoided, the government could be expected to unify in addressing Taliban case.

Tags: Afghan peace
Short Link rasanews.ir/201pbX
Share
0
Please type in your comments in English.
The comments that contain insults or libel to individuals, ethnicities, or contradictions with the laws of the country and religious teachings will not be disclosed