Rasa – The forces of Iraq’s Popular Mobilization Units (PMU), also known as Hashd al-Shaabi, mounted an offensive against the Daesh (ISIS or ISIL) terrorist group near the border with Syria. 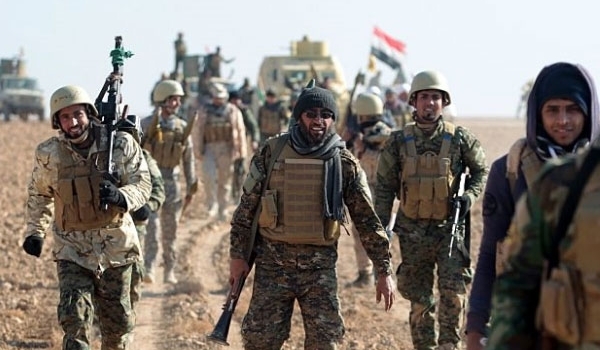 RNA - The Hashd al-Shaabi forces on Sunday targeted the hideouts of Daesh militants on the Safouk Hill in a border area, the Arabic-language al-Mayadeen TV network reported.

In a concurrent operation, the PMU forces began to clear desert areas of the western province of Anbar from terrorist elements, according to the report.

The PMU’s 13th and 18th brigades have started to clear a district in Western Sahara in Anbar Province with an area of more than 100 square kilometers from the Daesh terrorists, said Qassim Mosleh, a senior commander of the PMU.

According to Tasnim News Agancy, Daesh militants made swift advances in much of northern and western Iraq over the summer of 2014, after capturing large swaths of northern Syria.

However, a combination of concentrated attacks by the Iraqi military and the volunteer forces, who rushed to take arms after top Iraqi cleric Ayatollah Ali al-Sistani issued a fatwa calling for fight against the militants, blunted the edge of Daesh offensive and later forced them to withdraw from the territories they had occupied.

In November 2017, the self-proclaimed caliphate of Daesh collapsed after Syrian and Iraqi armed forces and their allies managed to recapture the terror group’s last strongholds in the two Arab countries.

Tags: DAESH Iraq
Short Link rasanews.ir/201pbW
Share
0
Please type in your comments in English.
The comments that contain insults or libel to individuals, ethnicities, or contradictions with the laws of the country and religious teachings will not be disclosed