Rasa - A senior Iranian official says the Islamic Republic's defense program is no concern of other countries, following the meddlesome stance adopted by France on Iran's military and missile power. 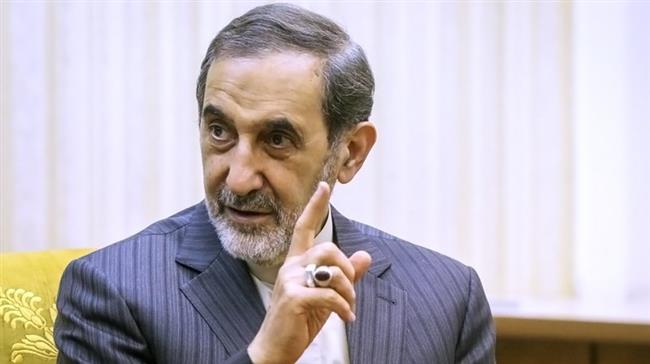 RNA - "Iran is an independent country and can defend itself in any way it sees fit whether with missiles or any other defensive means," Ali Akbar Velayati, a senior adviser to Leader of the Islamic Revolution Ayatollah Seyyed Ali Khamenei on international affairs, told reporters in Tehran on Saturday.

Iran cannot remain indifferent to moves aimed at equipping neighboring countries with arms on a daily basis, he added, emphasizing that Iran is a "big and the most important country in the region."

"There is a risk, and everything possible needs to be done to avoid this risk and take the necessary measures so that this ballistic threat is not such for all regional actors," Le Drian said in Moscow after talks with his Russian counterpart Sergei Lavrov.

In reaction to the French foreign minister's comments, Velayati said Iran has peaceful relations with all its neighboring countries.

He added, "Defensive preparedness is among basic rights of every nation and no country can decide for us or other states … which type of missile we can possess."

The senior Iranian official urged France not to make claims that it could not deliver on and expressed confidence that the Islamic Republic would not allow anyone to interfere in the type of defense equipment it can possess in the field of conventional weapons, whether missile or others.

Le Drian plans to pay a visit to Iran on Monday to hold talks with senior Iranian authorities.

Iranian officials have repeatedly emphasized that the country's missile program is merely for defensive and deterrent purposes, warning that it is not open to any negotiations.

However, US President Donald Trump is making constant efforts to link Iran's missile program to the 2015 multilateral nuclear agreement, officially known as the Joint Comprehensive Plan of Action (JCPOA).

Trump has repeatedly described the JCPOA, which was negotiated under his predecessor Barack Obama, as “the worst and most one-sided transaction Washington has ever entered into,” a characterization he often used during his presidential campaign, and threatened to tear it up.

The US has repeatedly claimed that Iran’s missile program is in violation of United Nations Security Council Resolution 2231, which endorses the JCPOA.

Earlier on Saturday, a senior Iranian military commander said the Islamic Republic would hold no negotiations over its missile program unless the US and Europe dismantled their nuclear weapons and long-range missiles.

"What Americans say out of desperation with regards to limiting the Islamic Republic of Iran's missile capabilities is an unattainable dream resulting from their regional failures and defeats," Deputy Chief of Staff of Iran's Armed Forces Brigadier General Massoud Jazayeri said.

Macron claimed that the surveillance was "indispensable for the security of the region and so we need a mechanism of sanctions and control adapted to that.”

Tags: Iran Velayati
Short Link rasanews.ir/201pbJ
Share
0
Please type in your comments in English.
The comments that contain insults or libel to individuals, ethnicities, or contradictions with the laws of the country and religious teachings will not be disclosed