Rasa - The Lebanese army has expressed its preparedness to confront any Israeli military aggression or infiltration into its borders amid escalating tensions between the two sides. 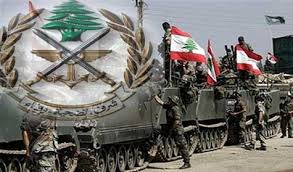 RNA - “The Army is ready on the southern border to face any Israeli military aggression, or any attempt to nibble at areas of the land or maritime borders,” Lebanese Army chief General Joseph Aoun told a group of officers and soldiers on Thursday.

He also said the Lebanese army was determined "to defend Lebanese rights with all its means and capabilities."

Aoun further stressed that the army's readiness was parallel with the monitoring and dismantling of terrorist cells in Lebanon.

Israel launched two wars on Lebanon in 2000 and 2006, in both of which the Hezbollah resistance movement inflicted heavy losses on the regime’s military.

According to Press TV, late January, Israeli minister of military affairs Avigdor Lieberman said that Israeli troops may have to operate deep in the Lebanese territory and maneuver on the ground on the battlefield if a war breaks out.

“We must prepare for maneuvering on the ground too, even if we do not use it," he said.

Additionally, Lebanon and Israel have nearly come to blows over a tender by Beirut for oil and gas exploration projects in two of the country’s 10 offshore blocks in the Mediterranean Sea, namely Block 4 and Block 9.

Tags: Lebanese Israel
Short Link rasanews.ir/201paz
Share
0
Please type in your comments in English.
The comments that contain insults or libel to individuals, ethnicities, or contradictions with the laws of the country and religious teachings will not be disclosed