Rasa - The Iraqi parliament has demanded that the central government in Baghdad set a timeline for the withdrawal of foreign troops, led by those of the US, from the Arab country after their purported fight against the Daesh Takfiri terrorist group practically came to an end following the demise of the terror outfit two months ago. 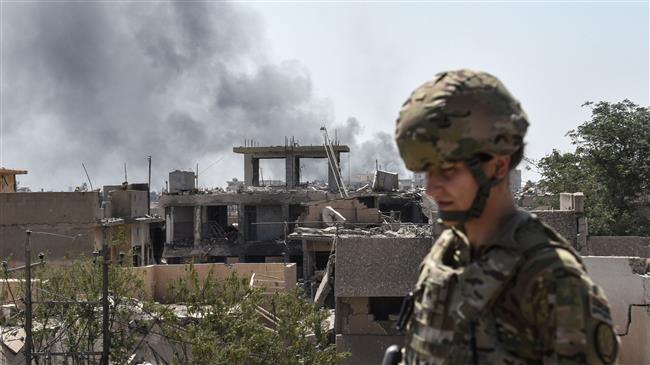 RNA - “The Iraqi parliament expresses its gratitude to all countries which have supported Iraq in its fight against Daesh and calls for the government to draw up a timetable for the withdrawal of foreign troops,” the office of Iraqi Parliament Speaker Salim al-Jabouri said in a statement on Thursday.

Meanwhile, Husham al-Suhail, a ruling coalition legislator, said that after the resolution is passed, “It is up to the government to decide how long we need them here -- one year, two years, it's up to them.”

Daesh unleashed a campaign of death and destruction in Iraq in 2014, overrunning vast swathes of land in lightning attacks. Iraqi army soldiers and allied fighters launched operations to eliminate the terrorist group and retake lost territory.

The US first deployed forces to Iraq in 2003 after it invaded the country under the banner of war on terror and to allegedly disarm Baghdad of weapons of mass destruction, two years after invading Afghanistan under the pretext of combating terror. The deployment was followed by rampant violence and chaos, which set the stage for the emergence of Daesh in mid-2014.

In October 2014, Washington forged a 74-country coalition of its allies in another mission to purportedly root out terrorists. The US-led coalition, however, was suspiciously slow in progress, while its airstrikes against purported terrorist positions led to heavy civilian casualties and damage to Iraqi infrastructure.

According to Press TV, early last month, the coalition announced it was “adjusting” its force levels in Iraq downward as it shifted away from combat operations following the Daesh expulsion from all Iraqi urban centers.

Brigadier General Jonathan Braga, the coalition’s director of operations, has already said that “an appropriate amount of capabilities” would be kept in the Arab country in addition to the troops needed to train, advise and equip the Iraqis.

Abadi had earlier said that US military forces, which number some 5,000, would not stay on in Iraq once Iraqi forces retook Daesh-held areas.

Following the collapse of the Takfiri outfit in Iraq and neighboring Syria, Daesh remnants have been flowing into Afghanistan and expanding their presence there under the nose of the US military and other foreign forces.

Tags: DAESH Iraq
Short Link rasanews.ir/201paw
Share
0
Please type in your comments in English.
The comments that contain insults or libel to individuals, ethnicities, or contradictions with the laws of the country and religious teachings will not be disclosed