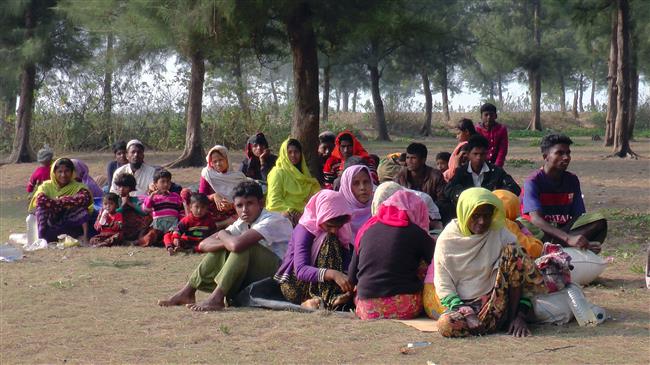 RNA - In a statement issued on Monday, the ministers tasked the bloc's diplomatic chief Federica Mogherini with drawing up a list of names to be hit with EU travel bans and asset freezes.

They called for “targeted restrictive measures against senior military officers of the Myanmar armed forces responsible for serious and systematic human rights violations without delay."

The EU ministers pointed to widespread abuses by the Myanmar military, "including rape and killings," against the Rohingya in the Southeast Asian country and called for an extension to the EU's embargo on weapons and equipment that can be used for political repression, imposed in the 1990s.

No names of generals to be targeted for sanctions have been yet discussed. One EU diplomat, however, said the EU’s list was likely to include more than just one senior military officer.

The United States said in December it was sanctioning Major General Maung Maung Soe, who is accused of the crackdown on the Rohingya minority in Rakhine.

Blacklisting senior military officers, freezing their EU assets and stopping them from traveling to the bloc would be the toughest step taken so far by Brussels in its efforts to halt the Rohingya crisis and hold the perpetrators accountable.

Separately on Monday, the UN chief called on Myanmar authorities to “ensure unfettered humanitarian access” in Rakhine, where state-sponsored violence has forced hundreds of thousands of Rohingya Muslims to flee to neighboring Bangladesh.

Bangladesh and Myanmar signed an agreement late last year to repatriate about 700,000 Rohingya Muslim refugees who have crossed the border since August to escape the brutal military crackdown.

The repatriation was set to start last month, but was delayed by a lack of preparation, as well as protests staged by Rohingya refugees against the plan to send them back to Myanmar while conditions were not safe for their return.

Myanmar’s government troops have been committing killings, making arbitrary arrests, and carrying out arson attacks in Muslim villages in Rakhine state since late 2016.

Media reports have recently highlighted that dozens of Rohingya Muslim men had been buried in a mass grave in Rakhine after being hacked to death or shot by extremist Buddhists and soldiers.

The United Nations has described the military crackdown in Myanmar as “ethnic cleansing.”

The UN has also described the 1.1-million-strong Muslim community as the most persecuted minority in the world.

Tags: Myanmar EU
Short Link rasanews.ir/201paB
Share
0
Please type in your comments in English.
The comments that contain insults or libel to individuals, ethnicities, or contradictions with the laws of the country and religious teachings will not be disclosed