Rasa - A court in Iraq has sentenced more than a dozen Turkish women to death over membership in the Daesh Takfiri terrorist group and involvement in acts of terror across the conflict-ridden Arab country. 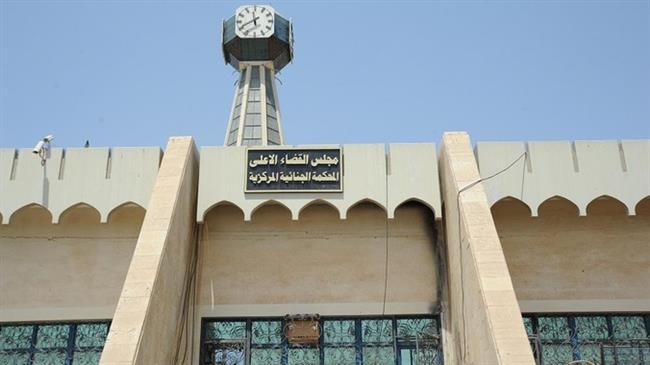 RNA - Abdul Sattar al-Biraqdar, spokesman for the Supreme Judicial Council, said the Central Criminal Court sentenced 16 female Turkish citizens to death after they confessed to marrying Daesh elements or providing members of the group with logistical aid or helping them carry out terrorist attacks.

“There was no proof that those extradited had been involved in terrorist operations against Iraqi civilians or security forces,” Mahjoub said, adding, “They will be prosecuted in Russia for illegally entering Iraq.”

Iraq’s Arabic-language al-Mashriq newspaper has reported that more than 1,500 women and children from the families of Daesh militants are currently being held in the country, and that the Baghdad government is coordinating with their respective countries to decide their fate.

Iraqi government spokesman Saad al-Hadithi has stated, “All foreign nationals who have committed crimes and acts of terror against Iraqi people, either directly or through support for Daesh terrorists, will be subject to the Iraqi law.”

He added, “This also applies to foreign women of Daesh militants. The government is coordinating with the countries to which the detainees belong. They will be handed over to their respective countries once they are found not to have committed criminal acts or engaged in killings and bombings in Iraq.”

Biraqdar said the woman, whose identity was not disclosed, had confessed during investigations that she traveled from Germany to Syria and then to Iraq, because she had a strong belief in Daesh.

The German citizen was accompanied with her two daughters, who later married members of Daesh terrorist group.

“The woman is accused of providing logistical support to the terrorist organization, and helped them commit their criminal acts. She is also convicted of complicity in attacking Iraqi security forces,” Biraqdar said.

Tags: DAESH Iraq
Short Link rasanews.ir/201pZw
Share
0
Please type in your comments in English.
The comments that contain insults or libel to individuals, ethnicities, or contradictions with the laws of the country and religious teachings will not be disclosed