Rasa - Twenty-five Palestinians were arrested by Israeli forces in overnight raids in the occupied West Bank, according to the Israeli Military. 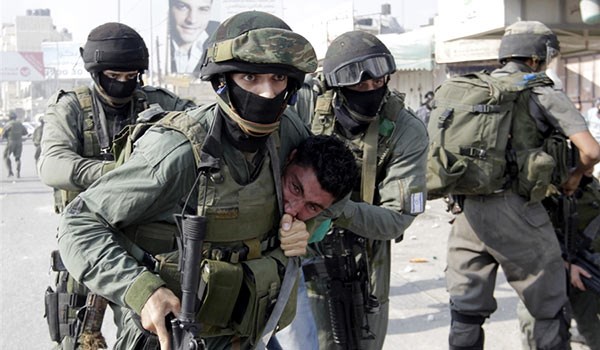 RNA - In a statement on Monday, the Army said the individuals had been detained for “suspected involvement in popular terrorist activities," Anadolu Agency reported.

Nine of the detainees were from the village of Nabi Saleh near Ramallah in the central West Bank.

Roughly 6,400 Palestinians are currently held in Israeli prisons, including dozens of women and 300 minors, according to Palestinian figures.

Some 450 of these are under what Israel calls "administrative detention" where they face neither trial or charge. Twelve members of the Palestinian Legislative Council also remain in Israeli custody.

The Israeli Army frequently carries out sweeping arrest campaigns across the occupied West Bank under the pretext of searching for "wanted" Palestinians.

Tags: Palestinian Israel
Short Link rasanews.ir/201pZs
Share
0
Please type in your comments in English.
The comments that contain insults or libel to individuals, ethnicities, or contradictions with the laws of the country and religious teachings will not be disclosed