Rasa - Amnesty International (AI) released its 2017/2018 Human Rights report on Thursday, outlining some of the rights abuses faced by the leader and members of the Islamic Movement in Nigeria. 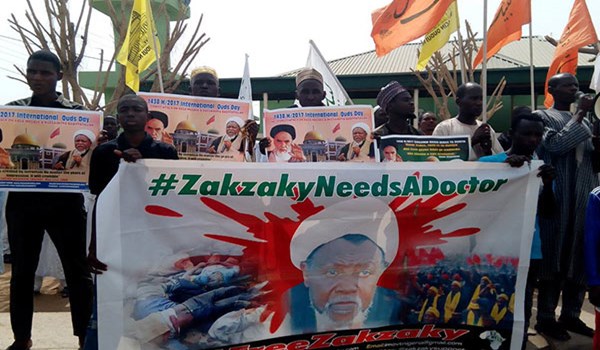 RNA - Sheikh “Ibrahim Zakzaky, leader of the Islamic Movement of Nigeria (IMN), and his wife remained in incommunicado detention without trial since their arrest in December 2015 despite a court ordering their release and compensation”, reflection-online, the official website of the Free Zakzaky Campaign, reported.

On Freedoms of assembly and association, the report stated that “The security forces disrupted, in some cases violently and with excessive force, peaceful protests and assemblies."

The police continued to deny IMN, which was banned by the Kaduna state government in 2016, the right to peaceful protest.

On 25 January, the Abuja police arrested nine IMN members in connection with a peaceful protest demanding the release of Ibrahim Zakzaky.

Tags: Zakzaky Nigeria
Short Link rasanews.ir/201pZj
Share
0
Please type in your comments in English.
The comments that contain insults or libel to individuals, ethnicities, or contradictions with the laws of the country and religious teachings will not be disclosed