Unilateral Steps Will Not Give Legitimacy to Anyone

Rasa - Reacting to the United States decision to move its Embassy in Israel from Tel Aviv to Jerusalem in May, Spokesman for Palestinian President Mahmoud Abbas, Nabil Abu Rudeineh, stressed that any unilateral step does not contribute to peace and does not give legitimacy for anyone. 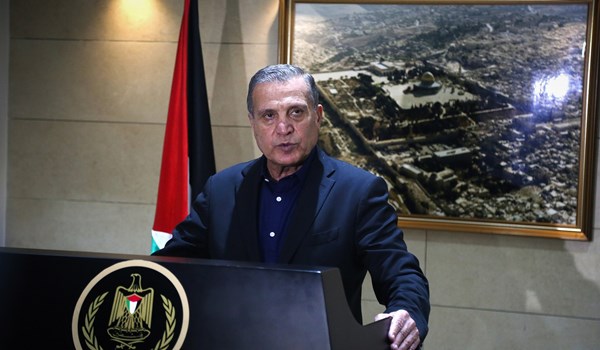 RNA - "The President's speech before the UN Security Council a few days ago that was based on international legality is the serious and only key to achieve peace and stability in the region and the world," the Spokesman said, WAFA reported.

"Any steps inconsistent with international legality would impede any effort to achieve any settlement in the region and create negative and harmful climates," Abu Rudeineh added.

"Achieving a comprehensive and just peace is based on adherence to the resolutions of international legality and on the foundation on which the peace process was based according to the principle of a two-state solution that would lead for the establishment of an independent Palestinian state with East Jerusalem as its capital on the 1967 borders," he stressed.

US officials said on Friday that the US Embassy is going to open its doors in Jerusalem on May 14, the 70th Nakba (catastrophe) anniversary for the Palestinian people when Israel also marks its creation on usurped Palestinian land.

Tags: Palestinian Israel
Short Link rasanews.ir/201pZe
Share
0
Please type in your comments in English.
The comments that contain insults or libel to individuals, ethnicities, or contradictions with the laws of the country and religious teachings will not be disclosed