Rasa - Iran's Permanent Representative and Ambassador to the United Nations Gholamali Khoshrou underlined that his country is ready to help the UN efforts to resolve the crisis in Yemen. 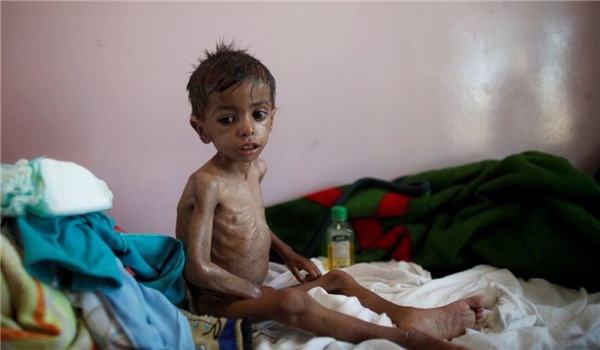 RNA - Tehran is ready to cooperate with Martin Griffiths, the United Nations' new Special Envoy for Yemen, to halt the three-year Yemeni crisis, Khoshrou said in a meeting with UN Secretary-General António Guterres on Wednesday.

UN Security Council's support for any uncalculated and unilateral measure at the Council would only lead to aggravation of the situation, he added.

Khoshrou referred to the deplorable conditions in Yemen, and stressed the significance of finding a political solution to the crisis.

Guterres, for his part, said that he will make his all-out effort to reach a Yemeni compromise.

The two further underlined the importance of continued diplomatic process to resolve the Syrian crisis.

At least 15,700 people have been killed since the onset of Saudi Arabia’s military campaign against Yemen in 2015. Much of the country's infrastructure, including hospitals, schools and factories, has been reduced to rubble due to the war.

Tags: Iran Yemen
Short Link rasanews.ir/201pZC
Share
0
Please type in your comments in English.
The comments that contain insults or libel to individuals, ethnicities, or contradictions with the laws of the country and religious teachings will not be disclosed