Rasa - Israeli forces rounded up 20 Palestinians in overnight raids across the Israeli-occupied West Bank, according to the Israeli military on Wednesday. 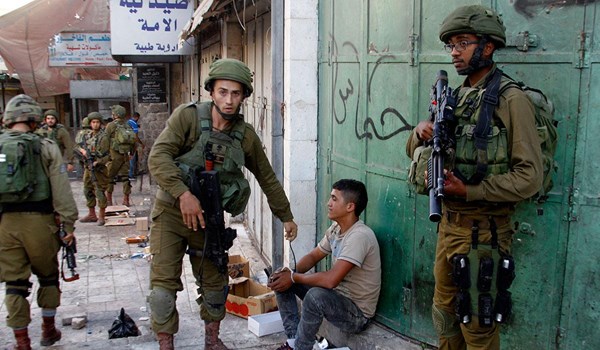 RNA - The individuals were arrested for "suspected involvement in popular terrorist activities," the army said in a statement without giving further details, Yeni Safak reported.

Roughly 6,400 Palestinians are currently held in Israeli prisons, including dozens of women and 300 minors, according to Palestinian figures.

According to Fars News Agency, some 450 of these are under what Israel calls "administrative detention" where they face neither trial or charge. Twelve members of the Palestinian Legislative Council also remain in Israeli custody.

The Israeli army frequently carries out sweeping arrest campaigns across the occupied West Bank under the pretext of searching for "wanted" Palestinians.

Tags: Palestinian Israel
Short Link rasanews.ir/201pYr
Share
0
Please type in your comments in English.
The comments that contain insults or libel to individuals, ethnicities, or contradictions with the laws of the country and religious teachings will not be disclosed