Rasa - The government of Myanmar agreed to process and resettle some 6,000 Rohingya Muslim refugees who are currently stranded at the country’s border with Bangladesh. 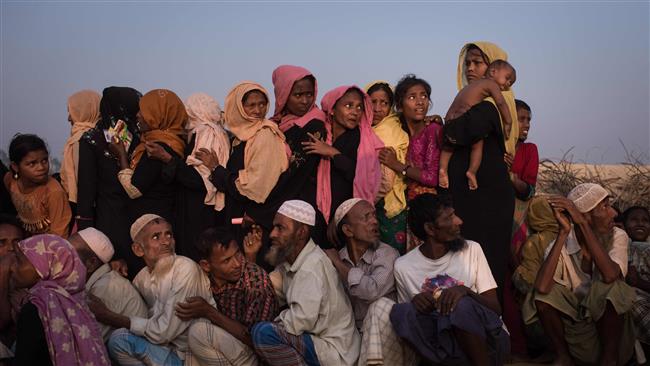 RNA - Bangladeshi authorities said Tuesday that according to an agreement reached earlier in the day, the government of neighboring Myanmar would identify and resettle the refugees now living in the no man's land at Tombru border point, presstv reported.

The refugees became stranded after Myanmar reportedly began building bunkers to force Muslims to leave the border regions and enter Bangladesh. However, authorities in Bangladesh’s Cox’s Bazar district declined to accept the refugees as the region has already been swollen by more than 700,000 Rohingya’s who have fled a massive violence by military and Bhuddist mobs in Myanmar since August.

“There was a dispute about who will verify them. We said that is the duty of Myanmar as they have not entered Bangladesh territory,” Ali Hossain, the top official in Cox’s Bazar, said about the stranded refugees, adding that “Myanmar has agreed to list and resettle them.”

The Tuesday agreement between Bangladesh and Myanmar is unrelated to a broader deal reached in November for the repatriation of all Rohingya Muslims. The two had agreed to begin the repatriations last month, but concerns about the safety of the refugees and the fact that they may be forced to return against their will delayed the implementation of the deal.

Bangladesh Relief and Refugee Commissioner Abul Kalam said that the agreement for resettlement of refugees stranded at the border also considered the voluntary nature of the repatriations.

“The Myanmar side has agreed to take that responsibility,” Kalam said, adding that “The refugees told us they want to go back and get settled in their homes. We pressed the Myanmar authorities to create a congenial and safe atmosphere to resettle them.”

Tags: Muslim Rohingya Myanmar
Short Link rasanews.ir/201pYk
Share
0
Please type in your comments in English.
The comments that contain insults or libel to individuals, ethnicities, or contradictions with the laws of the country and religious teachings will not be disclosed