Rasa - A social media monitoring tool used by the Boston Police Department to identify potential threats swept up the posts of people using the hashtag #MuslimLivesMatter and a lawmaker's Facebook update about racial inequality, according to a report released Wednesday by the American Civil Liberties Union of Massachusetts. 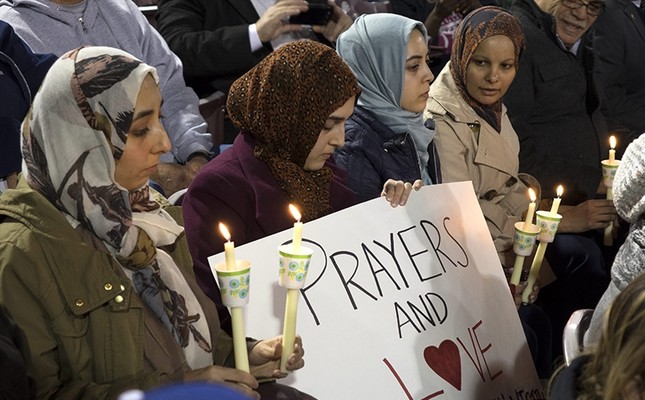 RNA - The ACLU says in a report based on documents obtained through a public records request that the police department's use of Geofeedia to mine the internet appears to have had little benefit to public safety while unfairly focusing on groups such as Muslims. Boston police say the ACLU's conclusions are misguided and that the program helped police successfully monitor events that could lead to demonstrations or crowds and threaten security.

"Our main focus in all of this is public safety, not targeting speech, not targeting people's political affiliations," said Lt. Det. Michael McCarthy. "And quite frankly, to have the ACLU to even make that insinuation is not only insulting, but it's completely misinformed," he said.

Boston police used Geofeedia for two weeks in 2014 and again for more than a year starting in January 2015, according to the documents. The department's use of the program became public in late 2016 after it solicited bids to spend $1.4 million for another social media monitoring software.

Police later dropped those plans amid backlash from groups like the ACLU.

The now-defunct location-based program allowed officials to set up email alerts for when certain keywords were used on social media. The alerts were vetted by analysts in the department's Boston Regional Intelligence Center and the data was discarded once it was determined it wasn't a potential public safety issue, McCarthy said.

Geofeedia was used by police departments across the country until social media companies cut off access to its data after concerns raised by the ACLU of northern California in 2016. The software was also widely used by companies interested in what their customers were saying about them online, and news organizations for reporting.

The documents show Boston police searched for keywords they identified as "Islamic extremist terminology," including words like "ISIS" and "caliphate" as well as Arabic words such as "ummah," which means "community."

In the wake of the killing of three Muslim students near the University of North Carolina in Chapel Hill, police also tracked the hashtag #muslimlivesmatter, according to the report. After unrest in Ferguson, Missouri, over the fatal shooting of a black man by a white police officer, police searched for the terms like "protest" and "Ferguson."

The ACLU and the Boston-based Muslim Justice League say the tracking of common Arabic words, like "ummah," is troubling. The ACLU said posts captured by the program that mentioned "ISIS" were either jokes or references to issues in the news.

"The Boston Police Department should never conduct surveillance targeting political speech or religious expression, but that's exactly what their own records show they did when they used this social media monitoring software," said Kade Crockford, co-author of the report and director of the group's Technology for Liberty Program.

McCarthy said police didn't target individuals but chose keywords in response to events happening around the country or based on information from federal law enforcement. In the wake of the Chapel Hill shooting, for example, there were concerns about possible demonstrations or backlash against the Muslim community, he said.

"If we weren't diligent in our efforts to provide safe events for those participating and attending ... then we wouldn't be doing our job as police officers," he said.

Among those whose social media use prompted an alert was then-City Councilor Tito Jackson, for a 2014 Facebook post about homelessness and poverty that mentioned Ferguson, according to the report. City council was unaware at the time that police were using the Geofeedia program, Jackson said.

"I spoke out about their 2016 plan to spend $1.4 million on a social media surveillance system in part because I worried that the tool would be used to track people not because they did something wrong but because of their political views," he said.

"Little did I know that that had already happened," he said

Tags: Muslim US
Short Link rasanews.ir/201pYd
Share
0
Please type in your comments in English.
The comments that contain insults or libel to individuals, ethnicities, or contradictions with the laws of the country and religious teachings will not be disclosed