Rasa - Iranian Foreign Minister Mohammad Javad Zarif called on the world states to join hands in the fight against terrorism and extremism, and said that such efforts will benefit the regional countries. 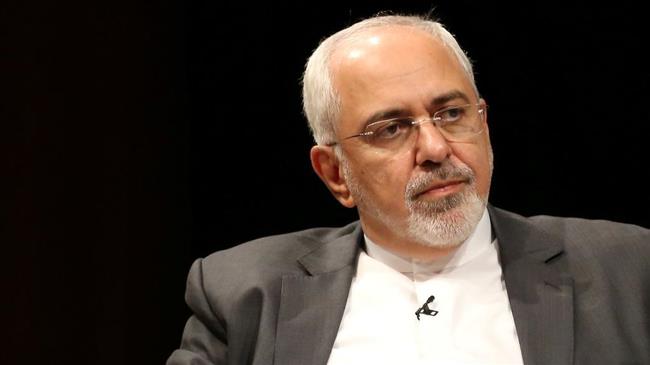 RNA - "Iran has always stressed the need for fighting extremism and terrorism while working for regional security, which are in the interest of all regional nations," Zarif told reporters on the sidelines of Munich Security Conference on Sunday.

The Iranian foreign minister reiterated that Iran has always made serious proposals in this regard, including a comprehensive security program.

“At the height of the imposed war in 1989, we proposed establishing a regional security system in the Persian Gulf to the UN, based on which Resolution 598 was passed," Zarif said.

The Iranian foreign minister, meantime, said that his Munich visit which took place following a very successful trip to India by President Hassan Rouhani was an opportunity to make a suitable move.

Asked about Russia and Iran’s deterrent actions versus Turkey’s attacks on Afrin, he said, “Whatever we did was meant to prevent operations endangering Syria's independence and therefore we do not approve of it, as it will not benefit anybody."

“We consulted with our Turkish neighbors and warned them about US destructive policies as well as repercussions of such policies and we believe that military action is not a suitable move in this respect,” he said.

On his trip to Moscow and taking part in International Valdai Conference, Zarif said that he and his Russian counterpart Sergey Lavrov will deliver keynote speeches at the beginning of the event.

In relevant remarks earlier in February, Iranian President Hassan Rouhani underlined that his country gained victory over terrorist groups in the region and prevented disintegration of the regional states, including Iraq.

"We gained victory over terrorism this year and had abundant successes in annihilation of terrorists and the ISIL in the region. Our assistance to the Iraqi and Syrian people yielded results and the nations of the region were saved from the terrorists' hands. We didn’t allow the conspirators in our region to pursue disintegration of our friendly states. They wanted to separate Iraq into two parts, distort Iraq's unity but the Iraqi nation's vigilance and the regional countries' aide guaranteed the national unity of countries which are our friends in this region," Rouhani said.

Tags: Extremism Zarif Terrorism
Short Link rasanews.ir/201pYN
Share
0
Please type in your comments in English.
The comments that contain insults or libel to individuals, ethnicities, or contradictions with the laws of the country and religious teachings will not be disclosed