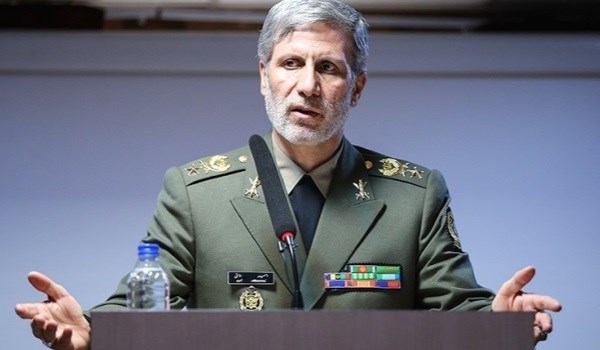 RNA - "The US enmities towards the great Iranian nation is rooted in the nation's history and recently the CIA has announced that it has turned the Iran Desk into a Center which shows the depth, volume and extensiveness of the country's hostility towards the Islamic Republic and the nation," General Hatami said, addressing the defense ministry managers in Tehran on Sunday.

He stressed the necessity for the Iranian nation to increase their vigilance and preparedness to confront the US plots.

Last June, the Central Intelligence Agency established an organization focused exclusively on gathering and analyzing intelligence about Iran, reflecting the Trump administration’s decision to make that country a higher priority target for American spies, according to US officials.

The Iran Mission Center will bring together analysts, operations personnel and specialists from across the CIA to bring to bear the range of the agency’s capabilities, including covert action.

Last April, in his first public remarks since taking the helm at the spy agency, Pompeo warned that Iran was “on the march”.

Tags: Hatami US Iran CIA
Short Link rasanews.ir/201pY8
Share
0
Please type in your comments in English.
The comments that contain insults or libel to individuals, ethnicities, or contradictions with the laws of the country and religious teachings will not be disclosed