Israel Intimidated as Balance of Power Changes in Favor of Hezbollah

Rasa - In the past few months, the Israeli regime has stepped up its threats against neighboring Lebanon as the deep-rooted and long-lasting border disputes continue to unfold. 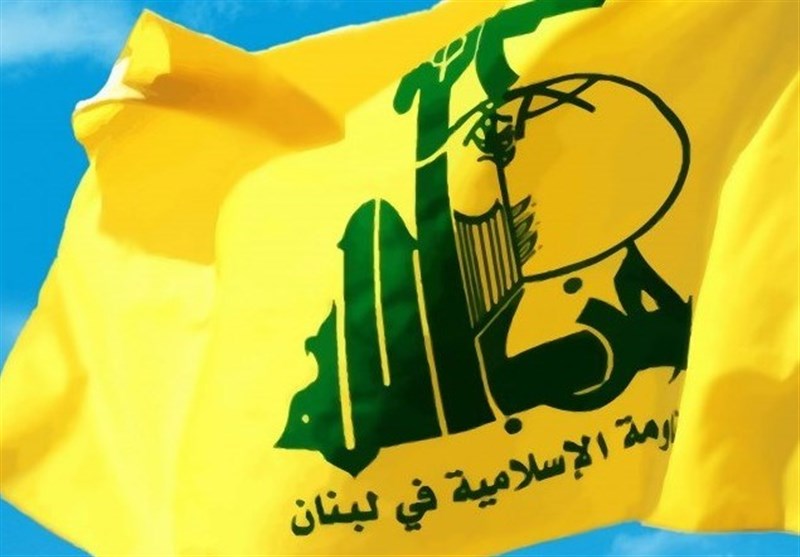 RNA - In the past few months, the Israeli regime has stepped up its threats against neighboring Lebanon as the deep-rooted and long-lasting border disputes continue to unfold. The first provocation in 2018 came when the Israeli Defense Minister Avigdor Lieberman in early February claimed that the Block 9 of the Lebanese gas field was located in Tel Aviv regime's waters. He pressed a consortium of French, Italian, and Russian companies to end their cooperation with Lebanon in the disputed energy field.

Lebanon in December approved a bid by a consortium of France’s Total, Italy’s Eni and Russia’s Novatek for two of the five blocks put up for tender in the country’s much-delayed first oil and gas offshore licensing round.

The Israeli oil exploration companies and an American one, Huston Texas Noble, have estimated that the contested offshore gas filed on the Mediterranean coasts has some 16 trillion square feet gas reserves, the largest discovered in a decade. Estimations also suggest that it by itself can supply the Israeli regime for 100 years.

Responding to earlier Israeli claims, the Lebanese parliament in August 2011 passed a law according to which the nation’s marine border was declared inclusive free trade zone. Beirut also handed over  to the United Nations a map of its territorial waters which was quite different from the one provided by Tel Aviv. Accusing Israeli regime of violating its territorial waters, the Lebanese government asserted that it will not step back from its sea rights.

The border spat is far from being limited to the sea. Tel Aviv is building a wall on the border with Lebanon. The wall is being built under the guise of efforts to block illegal migrants and “terrorist” intrusions into its territories. The wall, however, will annex tens of kilometers of the Lebanese land. The Israeli regime’s continued occupation of Sheba Farms, a small strip of land at the intersection of the Lebanese-Syrian border and the Israeli-occupied Golan Heights, is part of the occupying regime's territorial greed. The land is significant for its water sources and fertile soil as it enjoys high annual rainfall rates.

Lebanon’s High Defense Council (HDC) held a meeting on the case last week. The meeting, attended by president, prime minister, parliament’s speaker, army chief, and other senior military commanders, stated that Lebanon will block the Israeli wall construction. Denouncing wall construction as an aggressive move and violation of the Lebanese sovereignty, the HDC’s statement noted that the Israeli sea and land border restrictions are a show move and are meant to disrespect Lebanon and will risk declaration of war. The statement also called for national unity in the face of Israeli “aggression” by urging all of the political and military leaders of the nation to assert full resistance to such Tel Aviv acts as they hold the potentials to resist.

The Israeli officials several times warned that once a war sparks, it will lead to the full devastation of Lebanon. Transportation Minister Yisrael Katz in early January warned that Lebanon would go back to “the Stone Age” and maybe even to “the age of cavemen” if war begins.

Despite the fact that the Israeli regime has often sought territorial expansion and economic advantages, in the present conditions the major driving force behind the anti-Lebanese threats is a fear of the Israelis of the boost of the deterrence power of Lebanon's Hezbollah which saw a remarkable increase since the 33-day war of 2006. Of course, the Israelis will read that a restriction for their strategic interests in the region. Beside anti-terror presence in Syria, Hezbollah managed to deal a blow to the terrorists when they endangered Lebanon’s eastern borders. The Lebanese movement proved its effective role in preserving the security when it hit the terrorists of al-Nusra Front, the Syrian branch of Al-Qaeda, in Lebanon's Arsal and Syria's Qalamun. Israelis saw Hezbollah power gain presenting a challenge and even a threat.

Sayyed Hassan Nasrallah, the secretary-general of Hezbollah, has repeatedly warned Israelis of prevailing aggressive programs. In a fiery speech in 2011, he told Tel Aviv that by endangering the gas and oil facilities the regime posing risk on its own offshore energy facilities. Since then, Hezbollah worked on bolstering its missile capabilities and gained precious experience in the Syrian war that honed the movement's combat skills.

Israelis may threaten to blow back Lebanon to the Stone Age, but the reality could be way different from that. Any aggression against Lebanon can provoke a reciprocal response, which means a barrage of missiles can rain down on the Israeli cities all at once.

The Western military experts and the retired Israeli army commanders have already set off alarm bells on Hezbollah's capabilities, warning that the Lebanese movement could have at its disposal some 150,000 rockets stockpiled underground in southern Lebanon’s heights.

Tel Aviv over the past decade has invested in costly anti-missile defense systems, including the much-vaunted Iron Dome system. But the combat-time experiences well prove them to be incapable of protecting the Israeli cities against the hand-made Hamas rockets fired from Gaza Strip.

Hezbollah has more complicated weapons and missiles as it appears on the battleground in Syria. Besides, Hezbollah's leader has repeatedly talked of tough reciprocal reactions using missiles once the Israeli regime dares to attack Lebanon. These two have effectively bear witness to Hezbollah achievement of required deterrence power, which is highly alerting to Tel Aviv leaders. A couple of months ago, Sayyed Hassan Nasrallah recommended the Jewish migrants in the occupied Palestinian territories to go to their home countries or should wait for harms in any future war with Tel Aviv.

When the Israeli regime deployed its army forces to the borders with Lebanon, Hezbollah and Lebanon’s army dispatched forces, signaling that the Lebanese were united and will respond to any Tel Aviv adventures.

On January 17, the Lebanese army chief assured that the army forces of his country were ready to deal with Tel Aviv's aggression. This is while in the 2006 war, Tel Aviv only fought against Hezbollah and lost the war.

According to Alwaght, Beirut has another deterrence in its hand. It tries to take advantage of the regional and international powers' rivalry to build a stronger defense against the ongoing Israeli threats.

The draft agreement included opening Lebanese ports to Russian military vessels and fleets, in addition to making Lebanese airports a transit station for Russian aircrafts and fighters, and the dispatch of Russian military experts to train and strengthen the capabilities of members of the Lebanese army, according to the Russian agency Sputnik.

The deal apparently appeals to Moscow which is trying to get a toehold in West Asia region after two decades of decline to play an effective role in the region’s developments. The security pact also set up serious roadblocks ahead of the Israeli adventures against Lebanon. Israeli regime's premier Benjamin Netanyahu in past few months visited Moscow several times in a bid to urge the Russian President Vladimir Putin to take into account the Israeli security concerns over the role of Hezbollah and allied parties in Syria. However, Tel Aviv's anti-Lebanese air raids threats continued, showing that the Israelis did not receive the expected assurances from Moscow.

Tags: Israel Hezbollah
Short Link rasanews.ir/201pXg
Share
0
Please type in your comments in English.
The comments that contain insults or libel to individuals, ethnicities, or contradictions with the laws of the country and religious teachings will not be disclosed