Bangladesh hands over list of Rohingya repatriation to Myanmar

Rasa - Bangladesh has formally handed over to Myanmar's Home Minister Lieutenant General Kyaw Swe a list of more than 8,000 Rohingya Muslim refugees as Dhaka moves to launch their repatriation under an agreement signed between the two countries last year. 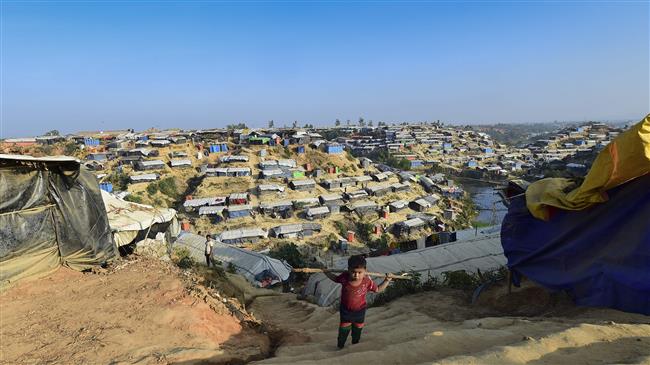 RNA - The delivery of the list occurred after officials of the two countries held a meeting in the Bangladeshi capital on Friday.

"We've today handed over a list of 8,032 people from 1,673 families to them. The (Myanmar) delegation received it very cordially and told us they would start processing their repatriation," said Bangladesh’s Home Minister Asaduzzaman Khan.

Bangladesh and Myanmar signed an agreement late last year to repatriate about 700,000 Rohingya Muslim refugees who have crossed the border since August to escape a brutal military crackdown.

The repatriation was set to start last month, but was delayed by a lack of preparation, as well as protests staged by Rohingya refugees against the plan to send them back to Myanmar, calling for guarantees of safety before their return.

Khan said more than one million refugees now live in overcrowded and squalid camps in southeastern Bangladesh, adding his country hoped all of them would go back to Myanmar.

"We discussed how would they repatriate these people. The Myanmar delegation was very cordial about it and said they will take them back gradually," he said.

Khan said, “No specific date came for repatriation”, and expressed hope it would start soon.

The news comes while Rohingya refugees are still crossing the border into Bangladesh from Myanmar, fleeing rights abuses by Buddhist mobs and the military in their home state Rakhine.

Home minister Khan acknowledged the ongoing exodus, saying "The (Myanmar) delegation has admitted it and told us they will try their best to stop it as soon as possible."

Myanmar’s government troops have been committing killings, making arbitrary arrests, and carrying out arson attacks in Muslim villages in Rakhine State since late 2016.

According to Press TV, the UN has described the 1.1-million-strong Muslim community as the most persecuted minority in the world.

Khan also called on Myanmar’s authorities to ensure the refugees' return was "sustainable".

Referring to some 6,000 Rohingya refugees living in no man's land on the Bangladesh-Myanmar border since September, Khan said the two sides discussed the issue, adding "They said they have started processing repatriation of those refugees living on the (border's) zero line," Khan said.

He said Myanmar had "requested" a joint meeting on their repatriation on February 20.

Last week, a Myanmar government official was caught on camera threatening Rohingya Muslims living in a makeshift refugee camp on the Bangladeshi border to accept a government offer and return home or face dire “consequences.”

Tags: Rohingya Myanmar
Short Link rasanews.ir/201pXb
Share
0
Please type in your comments in English.
The comments that contain insults or libel to individuals, ethnicities, or contradictions with the laws of the country and religious teachings will not be disclosed