Iran: Saudi FM Not Allowed to Speak on Behalf of Iraqis 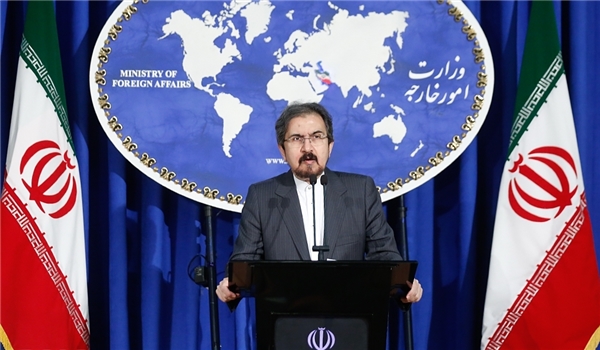 RNA - "Al-Jubeir has apparently forgotten that he is not allowed, and should not talk on behalf of the Iraqi people and government," Qassemi said on Thursday.

Qassemi said that people and government of Iraq and other countries have admitted Iran's vital and stabilizing role in fighting terrorism in the region and Iraq.

"It seems that the Saudi foreign minister has developed a habit of unconsidered, irresponsible loquacity," he added.

Qassemi's remarks came after al-Jubeir repeated his allegations against Iran in the International conference on reconstruction of Iraq in Kuwait, claiming that Iran is endangering Iraq's peace, integrity and stability.

"Iran's presence in Iraq is destructive rather than constructive," he claimed.

According to Fars News Agancy, his accusations come after the Iraqi Prime Minister Haider al-Abadi at a meeting with Iran's Foreign Minister Mohammad Javad Zarif on the sidelines of the conference hailed Iran's role in fighting the ISIL and in recapturing Iraq from terrorists.

The three-day international conference was aimed at fund-raising for helping the war-stricken areas in Iraq, laying ground for resolving internal differences, and attracting foreign investment.

Tags: Bahram Qassemi Saudi
Short Link rasanews.ir/201pXT
Share
0
Please type in your comments in English.
The comments that contain insults or libel to individuals, ethnicities, or contradictions with the laws of the country and religious teachings will not be disclosed