Rasa - Israel sent the family of Abdullah Ghneimat, a Palestinian in his early twenties who was crushed to death by an Israeli army jeep, a bill for $28,000 for damage caused to the vehicle which killed him. 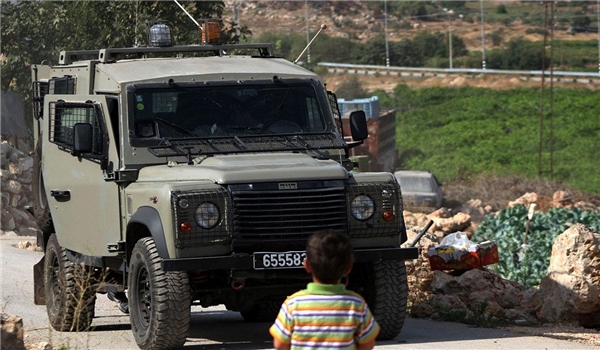 RNA - The incident occurred at around 4am on 14 June 2015 as Ghneimat was walking home from work in the West Bank town of Kufr Malek, Northeast of Ramallah. The Israeli vehicle reportedly flipped over while conducting military activities in the area, trapping Ghneimat underneath, Middle East Monitor reported.

Al-Jazeera reported that Ghneimat was “denied medical attention for over three hours and bled to death under the vehicle.”

The Israeli Ministry of Defence said that Ghneimat threw a Molotov cocktail at the vehicle, meaning the state is thus “immune from prosecution” regarding the killing.

The Ghneimat family has been engaged in a protracted legal battle since they filed a lawsuit against the Israeli soldiers who were driving the vehicle six months after Ghneimat’s death. The Israeli Ministry of Defence then filed a countersuit against the family, the latest development of which is the $28,000 bill for damages to the jeep.

The billing of Palestinian families for damages is part of a new strategy by the Israeli authorities to punish Palestinians for any form of resistance, according to Shawan Jabarin, director of independent Palestinian Human Rights organisation Al-Haq.

He told Al-Jazeera “I think they’re heading to a level where anyone who utters the word ‘occupation’ can be arrested, harassed and possibly fined.”

According to Fars News Agancy, Iyad Ghneimat, Abdullah’s father, told Middle East Eye that he did not hold much hope for a fair trial.

He lamented "You know, not once in their existence have the Israeli courts given a fair and just trial to any Palestinian… we would be lying to ourselves if we say there was a real chance for justice."

The possibility of Palestinians receiving compensation for harm caused to them by Israeli forces is becoming increasingly unlikely, according to a 2017 report by Israeli Human Rights organisation B’tselem.

The report found that from 2012 to 2016, Israel paid an average of 3.8 million shekels (around $1 million) in compensation, a decline of more than 80 percent from the 1997 to 2001 period. This has led to a drop of nearly 95 percent in the number of Palestinians filing new claims in the courts, the report noted.

Tags: Palestinian Israel
Short Link rasanews.ir/201pXG
Share
0
Please type in your comments in English.
The comments that contain insults or libel to individuals, ethnicities, or contradictions with the laws of the country and religious teachings will not be disclosed