Official: US has no leverage in Syria, Israel turning to Russia

Rasa - A senior Israeli official says the United States has no weight in Syria and that Tel Aviv is counting on Russian President Vladimir Putin to help the Israeli regime avoid a war after its airstrikes on the Arab country. 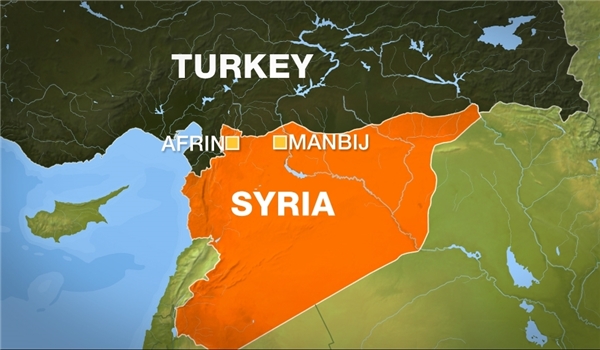 RNA - “The American part of the equation is to back us up,” but the US currently “has almost no leverage on the ground,” Israeli Prime Minister Benjamin Netanyahu’s deputy minister for public diplomacy and a former ambassador to Washington, Michael Oren, told Bloomberg Sunday.

“America did not ante up in Syria. It’s not in the game,” Oren added.

His remarks come amid Israel's fears that its escalation through airstrikes on Saturday could spiral into a war with Syria and Iran.

The Israeli military, which has long boasted of superior aerial power, lost its first warplane in 35 years since the regime's war on Lebanon in 1982.

The Syrian military, which has previously absorbed occasional Israeli strikes, activated its air defense systems and shot down at least one Israeli F-16 on Saturday morning.

Israel claimed that it had earlier intercepted an "Iranian" drone, and that the warplanes had been dispatched to hit the site where the drone had been launched from, only to face Syrian anti-aircraft fire.

Iran rejected the claim as "too ludicrous to warrant a response." The Syrian military, meanwhile, said it had responded to Israeli "aggression" and had hit more than one aircraft.

During a phone call on Saturday, Russia’s President Vladimir Putin urged Netanyahu to avoid any steps that would lead to a new confrontation in the region.

According to Press TV, over the past few years, the Israeli military has launched sporadic attacks against various targets on Syrian soil, in assaults slammed by Syria as attempts to boost the terror groups wreaking havoc on the country.

Both Iran and Russia are supporting the government of Syrian President Bashar al-Assad in its fight against terrorism. Iran has been providing military advisory support for the Syrian forces at the request of Damascus.

The Lebanese Hezbollah resistance movement is also playing a pivotal role in the Syrian government forces’ successful anti-terror operations in the war-torn country.

Tags: US Syria Russia
Short Link rasanews.ir/201pWW
Share
0
Please type in your comments in English.
The comments that contain insults or libel to individuals, ethnicities, or contradictions with the laws of the country and religious teachings will not be disclosed