Rasa - The Lebanese resistance movement of Hezbollah says the Israeli regime knows not how to deal with the rising power of resistance forces in Lebanon. 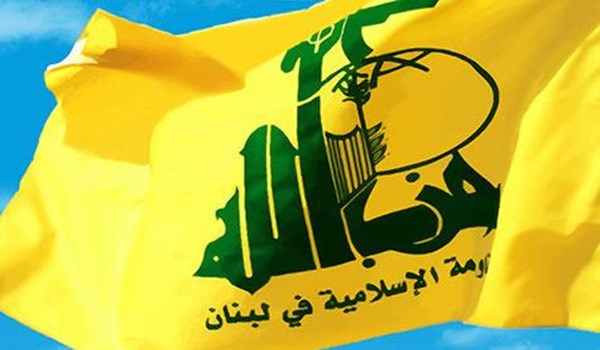 "Israel cannot make a decision to wage war [on Lebanon] as it can have grave consequences for it (Tel Aviv)...; on the other hand, it can't watch the other side growing [in power], and it does not know how to deal with this power," Sheikh Qassem said.

The Israeli regime has waged three wars on Lebanon — in 1982, 2000, and 2006. It has also carried out assassinations in Lebanese territory.

Since its establishment in 1985, the Hezbollah resistance group has helped the army defend Lebanon both in the face of foreign aggression, including in the 2000 and 2006 wars, and against terrorism.

The Israeli regime considers the presence of Hezbollah a major threat, and has repeatedly threatened the Lebanese state with new aggression. In November 2017, the Israeli military said Hezbollah's Secretary General Sayyed Hassan Nasrallah would be a target in a future Israeli war on Lebanon.

Most recently, Israeli minister of military affairs, Avigdor Liberman, said, "Lebanon’s army and Hezbollah are the same — they will all pay the full price in the event of an escalation."

"The only threat I see is Israel taking some kind of action against Lebanon, out of a miscalculation," Hariri said. "And this is the real threat, I believe."

The Israeli regime has also been violating Lebanese airspace on an almost daily basis, carrying out what it calls "routine reconnaissance missions."

In his Sunday remarks, Sheikh Qassem said the recent downing of an advanced Israeli F-16 that had violated Syrian airspace meant that Israeli violations would no more go without a response.

According to Press TV, Syria on Saturday fired anti-aircraft missiles at Israeli warplanes that had violated its airspace to conduct airstrikes. At least one Israeli warplane was hit and went down in northern Israel.

"The shooting down of the Israeli fighter jet means that the principle of not responding to attacks is obsolete, and that Israel can no more rely on that principle in confrontations," Hezbollah's number two said.

On Thursday, President Michel Aoun, who is allied to Hezbollah, said the Lebanese "military has been given the orders to confront any [Israeli] threat to our sovereignty."

Tags: Israel Hezbollah
Short Link rasanews.ir/201pWK
Share
0
Please type in your comments in English.
The comments that contain insults or libel to individuals, ethnicities, or contradictions with the laws of the country and religious teachings will not be disclosed