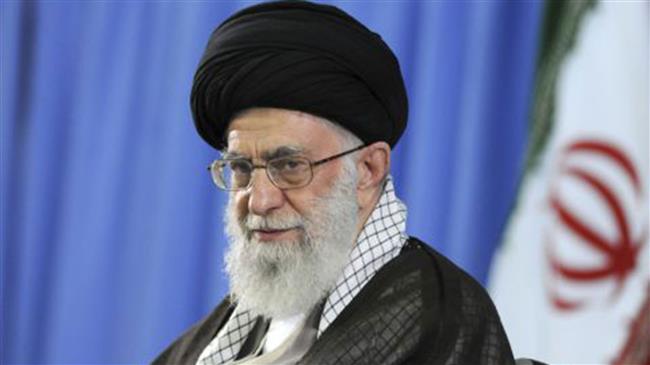 RNA - Describing people’s massive participation in the revolution anniversary rallies as a great and dazzling incident, Ayatollah Khamenei said, “The grandeur of your demonstration today, which according to accurate estimates was more crowded than previous years, gave a firm and crushing response to foreigners and enemies and those with a weak resolve.”

The Leader stated that based on their flawed conception of Iran and Iranians, enemies did their utmost to make this year’s revolution anniversary ceremony devoid of energy and even turn it against itself.

“You showed off to them the liveliness and dynamism of the revolution in practice and shouted out your commitment to the ideals of the late Imam through your slogans and your warm presence [in nationwide rallies],” the Leader noted.

Ayatollah Khamenei advised Iranian officials to appreciate “this unique phenomenon” and continue to serve the Iranian nation with "complete steadfastness and revolutionary spirit" and defend the ideals of the Islamic Revolution.

“The future belongs to our vigilant and foresighted nation and we officials must try not to lag behind the nation,” the Leader concluded.

Millions of Iranians on Sunday took to the streets across the country to mark the 39th anniversary of the Islamic Revolution in a show of force, just weeks after scattered riots hit several cities and towns.

According to Press TV, this year’s rallies came after US President Donald Trump cheered the rioters in a volley of tweets which angered many Iranians who view the American leader's entreaties as "hypocritical" after he called Iran a "terrorist nation."

In the capital Tehran, hundreds of thousands of people and officials descended on the iconic Azadi Square, where Iran's President Hassan Rouhani called for "a year of unity" in a speech broadcast across the country.

"I request that the 40th year of the revolution, the coming year, be the year of unity. I ask principlists, reformists, moderates and all parties and all people to come and be together," he said.

Each year on the 22nd of the month of Bahman on the Persian calendar, Iranians turn out to renew their allegiance to the Islamic establishment and Imam Khomeini, the late founder of the Islamic Republic.

Tags: Ayatollah Seyyed Ali Khamenei leader
Short Link rasanews.ir/201pWA
Share
0
Please type in your comments in English.
The comments that contain insults or libel to individuals, ethnicities, or contradictions with the laws of the country and religious teachings will not be disclosed