Rasa - The Syrian military has hit at least one intruding Israeli F-16 warplane that attacked positions inside Syrian territory, sending it down in flames and smoke. 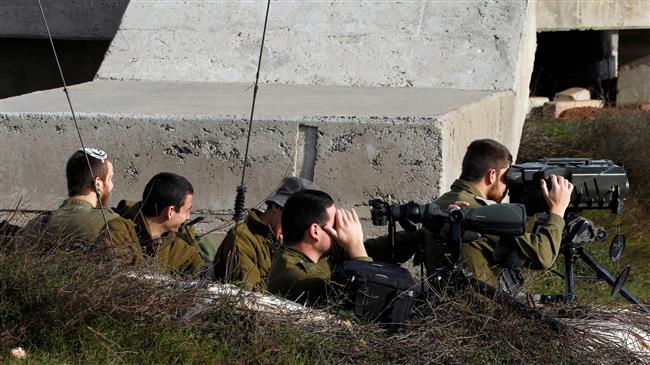 RNA - Syrian state TV cited a Syrian military official as saying that Syrian aerial defense had responded to Israeli “aggression” against an army base in central Syria.

The official said more than one Israeli aircraft had been hit.

‘One pilot in serious condition’

The Israeli military confirmed that one F-16 had gone down in northern Israel, and that its two pilots had ejected and had been located and transferred to hospital.

The Israeli army said later that one of the pilots was in serious condition, according to The Jerusalem Post.

The Israeli military claimed that it had attacked positions inside Syrian territory after it intercepted a drone launched from Syria on Saturday.

A pro-Syrian military alliance said later in the day that the Israeli claim about a drone intrusion was bogus.

The alliance said in a statement that Israel had targeted a drone base in Syria whose unmanned aircraft were used against the Daesh terrorist group.

It also pledged a “severe and serious” response to the Israeli act of “terrorism.”

Asked separately about the Israeli claim of intercepting a drone, Brigadier General Hossein Salami, the Islamic Revolution Guards Corps (IRGC)’s second-in-command, said on Saturday that Iran would confirm no report coming out of Israel “because the Israelis are liars.”

He told Tasnim news agency that Iran would only confirm a drone interception if Syria made that confirmation.

He also said that Iran had no military presence in Syria and that the Syrian Army was adequately capable of defending Syrian territory.

Fawzi Barhoum, the spokesman for the Palestinian resistance movement of Hamas, described the downing of the Israeli jet by Syria as a natural response to the regime’s attacks on Syrian territory.

“Countries and nations have the right to defend their soil, security, and stability in the face of threats,” he said.

Meanwhile, Syrian media reported later on Saturday that explosions were heard near the capital, Damascus, as the Syrian air defense responded to “new Israeli aggression.”

Over the past years, Israel has frequently attacked targets in Syria, often claiming that it hit positions or convoys belonging to Iran. This is while Iran has no military presence in Syrian territory, only offering advisory military assistance to the Syrian government fighting an all-out foreign-sponsored militancy.

Tags: Syria Israel
Short Link rasanews.ir/201pVl
Share
0
Please type in your comments in English.
The comments that contain insults or libel to individuals, ethnicities, or contradictions with the laws of the country and religious teachings will not be disclosed