Rasa - Twin bomb blasts have hit a mosque in Libya's second city of Benghazi, killing at least two people and injuring 75 others. 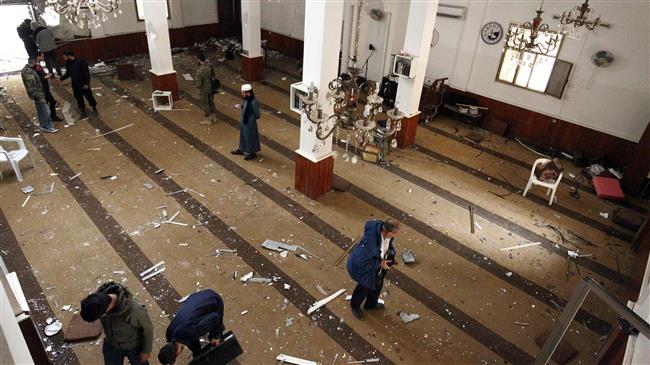 The official added that the bombs were placed in separate rooms inside the mosque.

No group has so far claimed responsibility for the attack, the second to hit Benghazi in nearly two weeks.

At least 33 people were killed in twin car bombings outside a mosque in Benghazi's central neighborhood of al-Sleimani on January 23.

Benghazi is controlled by the forces of military strongman Khalifa Haftar, who opposes a UN-backed government based in Tripoli.

Benghazi has been relatively calm since Haftar announced the eastern city's "liberation" from militants in July last year after a three-year campaign. However, sporadic violence has continued.

Libya has been wracked by violence and divisions since dictator Muammar Gaddafi was toppled and killed in a 2011 NATO-backed military invasion. The country has been since split between rival governments and militias.

Tags: Mosque Libya
Short Link rasanews.ir/201pVj
Share
0
Please type in your comments in English.
The comments that contain insults or libel to individuals, ethnicities, or contradictions with the laws of the country and religious teachings will not be disclosed