Rasa - Human Rights Watch has urged Myanmar's military to ensure humanitarian aid reaches all civilians who have been caught in fighting between the army and an ethnic armed group in the country's northern state of Kachin. 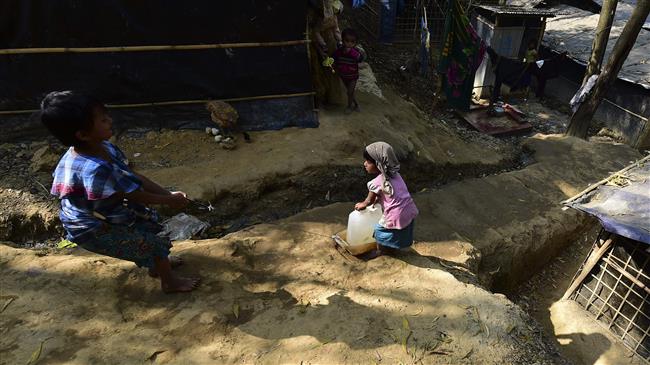 RNA - Fighting between Myanmar's army and the Kachin Independence Army (KIA) rebels escalated in mid-January to include three townships of Kachin.

"Both the Myanmar army and the KIA should do everything possible to ensure that aid reaches civilians in need," the New York-based rights group said on Friday.

More than 120,000 people have been displaced in the state since a 17-year-old ceasefire agreement between the military and the Kachin force, one of the most powerful ethnic militias, broke down in 2011.

The military is reportedly using heavy weapons and airstrikes in its current offensive. Activists and a local lawmaker reported that at least five civilians had been killed and more than a dozen others injured in government attacks targeting KIA rebels in late January.

Aid groups active in the troubled region also said that over 3,000 other civilians, miners of amber and their families, are believed to be trapped in Tanai township.

Myanmar's authorities are under fire for a state-sponsored campaign of violence against Rohingya Muslims in the country’s western state of Rakhine, which has forced about 700,000 people to flee to Bangladesh since last August.

"The embattled civilian population in Kachin state should not be forgotten amid the dire humanitarian situation facing the Rohingya," said Brad Adams, executive director of the Asia division of Human Rights Watch.

The UN has not been granted access to the conflict-affected civilians.

On February 5, more than 5,000 people staged a protest in Kachin's capital, Myitkyina, against the military operation.

"The current situation in Kachin state is extremely worrying because it's not just one or two areas, it's happening everywhere," said Gum Sha Aung of the Joint Strategy Team, a coalition of local groups seeking to coordinate humanitarian activities in northern Myanmar.

"The military consistently hinder humanitarian assistance such as food transportation in the region, which is an outright violation against the international humanitarian law."

Tags: Human Rights Watch Rohingya Myanmar
Short Link rasanews.ir/201pVi
Share
0
Please type in your comments in English.
The comments that contain insults or libel to individuals, ethnicities, or contradictions with the laws of the country and religious teachings will not be disclosed