Rasa - The United Nations has expressed deep concern over surging violence across Yemen, warning that the worsening situation has pushed some 85,000 people from their homes over the past 10 weeks. 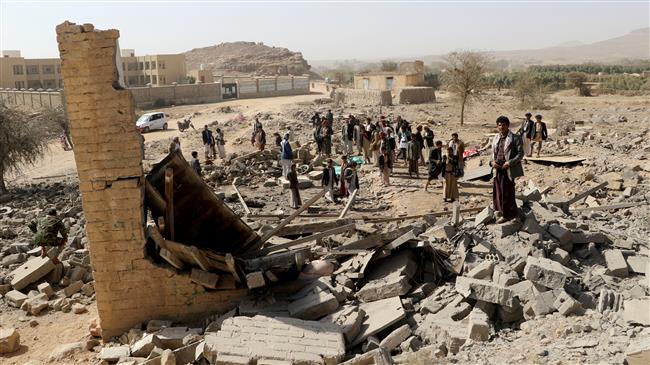 The UN refugee agency also cautioned against the dire condition of displaced people, who are caught in areas close to hostilities in the two provinces.

“Most of those displaced in the governorates of Hudaydah and Ta’izz remain hosted by relatives or friends, trapped inside homes or in caves as ground clashes, aerial bombardment and sniper fire rage around them,” UNHCR spokeswoman Cecile Pouilly told reporters in the Swiss city of Geneva.

She noted that the UN is witnessing an upsurge in new displacements from other parts of Yemen, including the northern provinces of al-Jawf and Hajjah, as well as the oil-rich eastern province of Shabwa.

“The main needs of the displaced and other conflict-affected populations continue to be access to shelter, health, food and water and sanitation,” Pouilly said.

She warned that Yemen is “seeing a spike in needs, fueled by ongoing conflict, a collapsing economy and diminishing social services and livelihoods.”

Last month, the UN appealed for nearly $3 billion (2.45 billion euros) to combat imminent famine as well as cholera and diphtheria outbreaks in Yemen this year.

At least 13,600 people have been killed since the onset of Saudi Arabia’s military campaign against Yemen in 2015. Much of the country's infrastructure, including hospitals, schools and factories, has been reduced to rubble due to the war.

In November 2017, the United Nations children’s agency, UNICEF, said more than 11 million children in Yemen were in acute need of aid, stressing that it was estimated that every 10 minutes a child died of a preventable disease there.

Additionally, the UN has described the current level of hunger in Yemen as “unprecedented,” emphasizing that 17 million people were food insecure in the country.

The world body says that 6.8 million, meaning almost one in four people, do not have enough food and rely entirely on external assistance.

Tags: Yemen UN
Short Link rasanews.ir/201pVh
Share
0
Please type in your comments in English.
The comments that contain insults or libel to individuals, ethnicities, or contradictions with the laws of the country and religious teachings will not be disclosed