Rasa - At least seven civilians have been killed when Saudi military aircraft carried out airstrikes against a residential area in Yemen’s northern province of al-Jawf as the Riyadh regime presses ahead with its atrocious bombardment campaign against its southern neighbor. 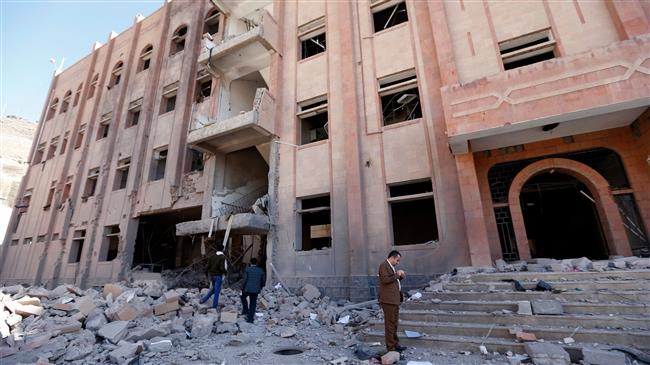 The sources added that the victims were all members of a single family, and that there were women and children among the deceased.

Meanwhile, one of the cameramen of Yemen’s Arabic-language al-Sahat television network lost his life while filing a report on the damage caused by Saudi Arabia’s devastating aerial bombardment campaign in the country’s western coastal province of Hudaydah.

The offensive left scores of the Saudi mercenaries dead and injured. A number of them were arrested as well.

At least 13,600 people have been killed since the onset of Saudi Arabia’s military campaign against Yemen in 2015. Much of the country's infrastructure, including hospitals, schools and factories, has been reduced to rubble due to the war.

In November 2017, the United Nations children’s agency, UNICEF, said more than 11 million children in Yemen were in acute need of aid, stressing that it was estimated that every 10 minutes a child died of a preventable disease there.

Additionally, the UN has described the current level of hunger in Yemen as “unprecedented,” emphasizing that 17 million people were food insecure in the country.

The world body says that 6.8 million, meaning almost one in four people, do not have enough food and rely entirely on external assistance.

Tags: Yemen Saudi
Short Link rasanews.ir/201pVZ
Share
0
Please type in your comments in English.
The comments that contain insults or libel to individuals, ethnicities, or contradictions with the laws of the country and religious teachings will not be disclosed