Rasa - Protesters have rallied outside the Saudi embassy in London against UK's arms sales to the kingdom, which has been waging a destructive war on Yemen for some three years now. 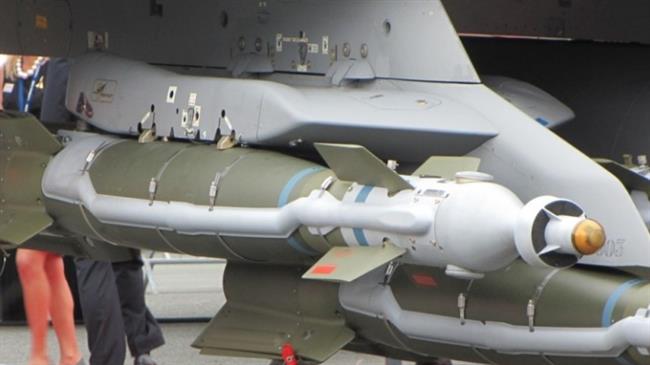 RNA - The demonstration, organized by the UK-based Campaign Against Arms Trade (CAAT) group, featured campaigners expressing their outrage at British profiteering from the ongoing bloodshed which has taken more than 13,500 Yemeni lives so far.

Ian Pocock, a spokesman for the CAAT, said London was "complicit in the assault on Yemen", calling on British citizens to protest against the government’s arms sales to Saudi Arabia.

"They (the UK government) have sold 1.6 billion pounds (over $2 billion) worth of weapons to the Saudi regime since the war began in March 2015, so we want to see the government put an end to this profiteering for the sake of all the deaths and devastation it has caused in one of the world's poorest countries," he said.

Stephen Bell, spokesman for the British activism group Stop the War Coalition, said the UK government was "completely aligned, along with the US government, with the Saudi-led coalition."

Both campaigners said the tide of public opinion in the UK had turned significantly against London's support for the warfare.

The UK has increased its weapons sales by around 500 percent since the onset of the Saudi invasion, The Independent reported last November.

The weapons sold by Britain, which has also been providing logistical and arms support for the bombardment, include precision-guided bombs.

As reported by Press TV, last month, a UN panel which examined 10 airstrikes by Saudi Arabia that had killed 157 people in Yemen last year, reported that the kingdom had intentionally used precision-guided munitions in their raids on civilian targets.

“The attacks were carried out by precision-guided munitions, so it is likely these were the intended targets,” the report said.

Last February, Scottish Daily Record newspaper reported that evidence submitted during a legal case into British arms sales to Saudi Arabia had revealed that the UK trained the Saudi air force on how to use precision-guided Paveway IV bombs.

Germany last month stopped selling weapons to Saudi Arabia and almost all of its allies in the coalition "as long as they are involved in the Yemeni war.”

Tags: UK Saudi
Short Link rasanews.ir/201pUk
Share
0
Please type in your comments in English.
The comments that contain insults or libel to individuals, ethnicities, or contradictions with the laws of the country and religious teachings will not be disclosed