Rasa - Israel has decided to begin the provocative process of turning a small outpost in the occupied West Bank into a full-fledged settlement in open defiance of a growing international outcry against the Tel Aviv regime’s settlement expansion policies in Palestinian lands. 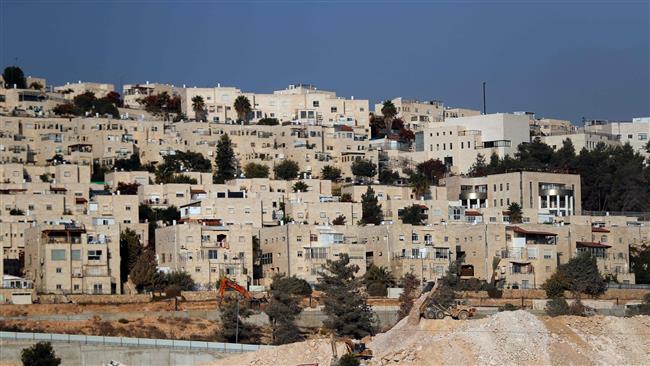 RNA - The cabinet of Israeli Prime Minister Benjamin Netanyahu on Sunday unanimously voted to significantly enlarge the 15-year-old Havat Gilad outpost, which is located southeast of Nablus and houses 50 settler families, into a “new community.”

On January 9, Israeli rabbi Raziel Shevah, 35, was killed by shots fired from a passing vehicle near the outpost. The following week, Israeli troops, searching for the attackers, shot dead what they claimed to be a Palestinian suspect in the West Bank city of Jenin, some 35 kilometers north of Havat Gilad.

At the start of the weekly cabinet meeting on Sunday, Netanyahu said the cabinet’s move to retroactively authorize the outpost was meant to “allow the continuation of normal life there”, referring to the wildcat settlement.

The Israeli minister for military affairs, Avigdor Lieberman, had announced earlier in the week that the normalization of the Samaria community of Havat Gilad would be approved at the upcoming cabinet meeting.

“Netanyahu is trying to make facts on ground. All settlements in the West Bank, including in Jerusalem al-Quds, are illegal,” said Wasel Abu Youssef, a member of the Palestine Liberation Organization’s executive committee.

In letters distributed on Sunday, the regime gave the migrants a 60-day ultimatum to accept the offer to leave for an undisclosed African destination in return for $3,500 and a plane ticket. Those who reject the offer until April 1 will be incarcerated indefinitely, Israeli authorities warned.

Figures show that around 40,000 migrants, nearly all from Eritrea and Sudan, who fled danger and poverty back home, are currently living in the occupied territories. Many of these migrants have already expressed fear of being sent to Rwanda, their likely destination.

Tags: Settlement Israel West Bank
Short Link rasanews.ir/201pUY
Share
0
Please type in your comments in English.
The comments that contain insults or libel to individuals, ethnicities, or contradictions with the laws of the country and religious teachings will not be disclosed