Israeli forces shoot Palestinians who pose no threat to them: Rights group

Rasa - An Israeli rights group says Israeli forces regularly fire at Palestinian protesters who pose no threat to them in the eastern part of the besieged Gaza Strip. 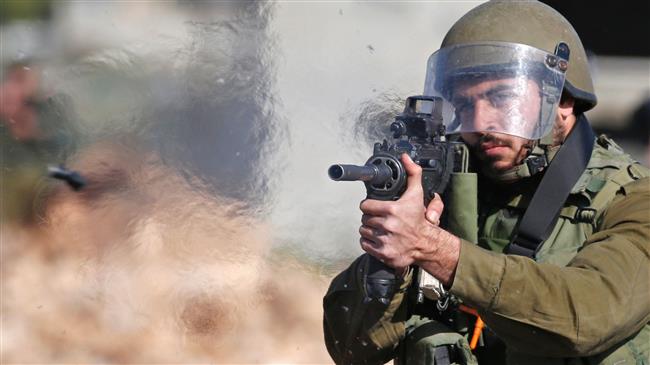 The rights group said that Israeli soldiers take positions in concrete towers or behind bulwarks and shoot at Palestinian demonstrators.

According to the report, the number of demonstrations increased since US President Donald Trump on December 6, 2017, announced his decision to recognize Jerusalem al-Quds as Israel’s "capital" and relocate the US embassy from Tel Aviv to the occupied city.

At least eight Palestinian protesters had been killed and 322 others injured in Gaza by the end of December, it said.

The Israeli military regularly opens fatal fire on Palestinians, accusing them of attempting to carry out stabbing attacks against its forces.

Human rights groups have repeatedly criticized the Tel Aviv regime for its policy of shoot-to-kill as a large number of the Palestinians killed at the scene of attacks did not pose serious threats to Israelis.

On December 21, the United Nations General Assembly overwhelmingly voted in favor of a resolution that calls on the US to withdraw its controversial recognition of Jerusalem al-Quds as the Israeli “capital.”

Jerusalem al-Quds remains at the core of the Israeli-Palestinian conflict, with Palestinians hoping that the eastern part of the city would eventually serve as the capital of a future independent Palestinian state.

Tags: Palestinian Israel
Short Link rasanews.ir/201pUQ
Share
0
Please type in your comments in English.
The comments that contain insults or libel to individuals, ethnicities, or contradictions with the laws of the country and religious teachings will not be disclosed