Rasa - Leader of Yemen's Ansarullah movement Abdul-Malik al-Houthi has reiterated that Saudi Arabia and the United Arab Emirates (UAE), which are engaged in the war on Yemen, are serving the interests of the United States and Israel. 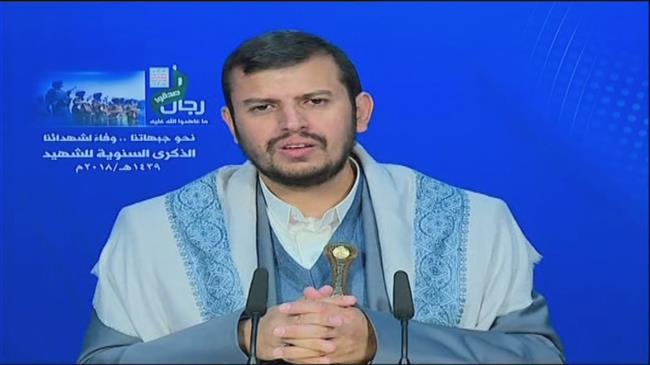 RNA - Houthi said in a speech on Friday that the latest incidents in the southern port city of Aden were indicative of how the regime in Riyadh and the government of the UAE behaved in favor of Tel Aviv and Washington.

On January 28, separatists backed by the UAE launched an assault in Aden, taking control of a number of sites and military camps run by forces loyal to Yemen's former President Abd Rabbuh Mansur Hadi following intense clashes. They swiftly seized the presidential palace in the southern port city.

The UAE has played a key role in the Saudi campaign against Yemen, which was launched in March 2015 with the aim of reinstalling Hadi's government and crushing the Houthi movement, which currently runs state affairs.

Prior to the offensive, Hadi had resigned and fled to Riyadh. The Saudi regime and its allies later managed to seize Aden.

Given its economic importance, Aden’s control would lend considerable leverage to any side exercising ultimate control over the port.

Houthi said unrest in Aden did not benefit freedom-loving Yemenis. He emphasized that Saudi-led aggressors sought to use Yemenis to push their agendas. "Our choice is to counter the aggression," he said.

At least 13,600 people have been killed since the onset of Saudi Arabia’s campaign. Much of the country's infrastructure, including hospitals, schools and factories, has been reduced to rubble due to the war.

Tags: UAE Israel Saudi Houthi
Short Link rasanews.ir/201pUI
Share
0
Please type in your comments in English.
The comments that contain insults or libel to individuals, ethnicities, or contradictions with the laws of the country and religious teachings will not be disclosed