Commander: Iran to Give Crushing Response to Threats

Rasa - Commander of Khatam ol-Anbia Air Defense Base Brigadier General Farzad Esmayeeli warned that the country's Armed Forces are prepared to respond to any enemy threats and aggression with an iron fist. 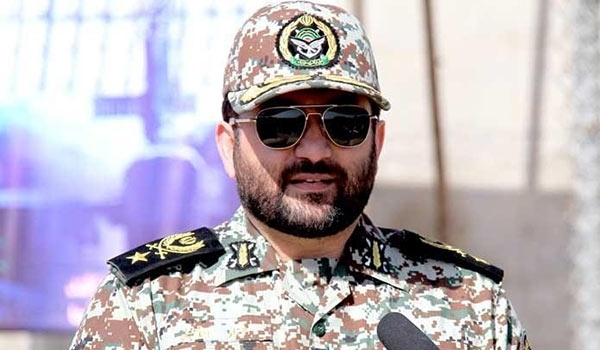 RNA - "We have no compromise with the enemies and we have learned it from our martyrs," Brigadier General Esmayeeli said on Friday.

"We have to protect our cultural positions because the enemies are after creating crevice in them," the commander added.

In relevant remarks in November, Lieutenant Commander of the Islamic Revolution Guards Corps (IRGC) Brigadier General Hossein Salami underlined that the country's Armed Forces are fully prepared to defend the country, and said that if enemy dares to attack the Islamic Republic, it will face Tehran's rigid reaction.

"As the regional upheavals unfolded, the enemy suffered defeat against our zealous youth, and it will experience the same in case of trying to make an aggression against the country,” Brigadier General Salami said.

He underlined that the enemy was after thwarting Iran's progress through supporting and strengthening terrorist groups by presenting a distorted and detestable image of Islam to the world.

"The enemy will face nothing, but defeat in return for hostility towards the Islamic Republic of Iran,” Brigadier General Salami added.

Also in November, Commander of the Islamic Revolution Guards Corps Navy Rear Admiral Ali Fadavi warned that Iran has so much increased its military power that any wrong move by the enemies will receive the country's crushing response.

"Almost 30 years after the (Iraqi) imposed war (against Iran 1980-1988), the world arrogance does not dare to even make any aggression against the Islamic Iran and they will not dare to," Rear Admiral Fadavi said, addressing a forum in the Central city of Arak.

"They have come to realize Iran's military power and know that their slightest mistake will lead to a crushing response by Iran," he added.

Tags: Farzad Esmayeeli Iran
Short Link rasanews.ir/201pUE
Share
0
Please type in your comments in English.
The comments that contain insults or libel to individuals, ethnicities, or contradictions with the laws of the country and religious teachings will not be disclosed