Rasa - White supremacist groups are targeting US colleges more than ever in a bid to recruit new followers through spreading their racist propaganda, an activist group has warned. 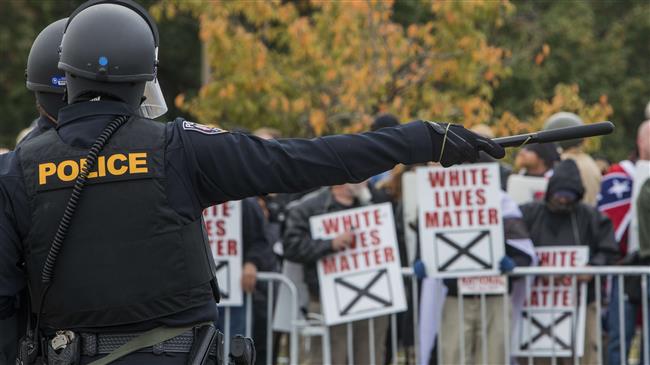 RNA - The Anti-Defamation League said Thursday that its Center on Extremism had recorded at least 346 instances in which far-right groups had handed out leaflets, stickers, posters and banners on more than 200 campuses across the US.

To put that in perspective, the group said while there were only 41 such cases in the 2016 fall semester, the number had more than tripled over the same period a year later, reaching 147 cases.

The white supremacists had targeted colleges in 44 states and Washington DC, while the most frequent targets were located in the states of Texas and California.

Most of the propaganda attempts were in form of media reports and social media postings. However, the ADL said the white supremacists had posted fliers as well.

Posting fliers is indicative of "a broader effort by white supremacist groups to stake their claim, and if they're comfortable the violence may increase," said Segal.

Nearly half of the 346 cases were carried out by Identity Evropa, a white supremacist group that the ADL says is seeks to preserve "white American culture" and promote white European identity.

The group’s leader, Nathan Damigo, an Iraq war veteran, told CNN in 2016 that he had worked on students in 40 colleges hoping to lure in new followers.

“Prior to 1965, America was a white country, a country for European people," Damigo said then. "What's actually happening right now is that we're being replaced in our own country."

The rise in white supremacist activity has been linked to the presidency of Donald Trump, whose anti-immigration campaign rhetoric has emboldened far-right groups.

In August, thousands of white supremacists, KKK members and neo-Nazis descended on Charlottesville for a “Unite the Right” rally.

The rally turned violent when a car plowed through a group of counter-protesters, killing one woman and injuring 19 others.

Under pressure to distance himself from the alt-right groups, Trump singled out white supremacists, neo-Nazis and Ku Klux Klan for the violence but put the blame on both sides later on.

Tags: Ku Klux Klan US
Short Link rasanews.ir/201pTx
Share
0
Please type in your comments in English.
The comments that contain insults or libel to individuals, ethnicities, or contradictions with the laws of the country and religious teachings will not be disclosed