Rasa - Palestinian President Mahmoud Abbas announced Wednesday that the Palestinians are counting on the role of Europe for achieving just and comprehensive peace in the region. 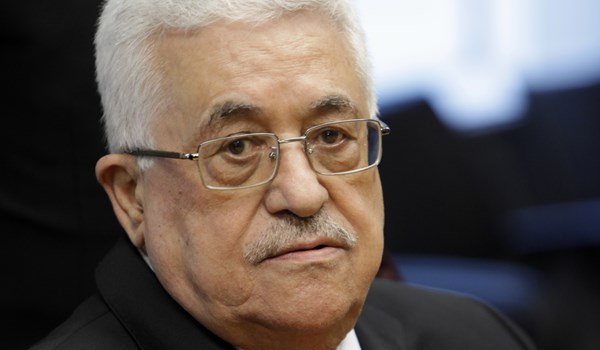 RNA - Abbas remarks were made in a joint news briefing held with Germany's Minister of Foreign Affairs Sigmar Gabriel following a meeting in the West Bank city of Ramallah, Xinhua reported.

"We count on the role of Germany and France through the European Union, and with the United States to reach a lasting and just peace in the region," said Abbas.

He stressed that "mediation to achieve peace must be multiple from the quartet and a number of Arab and European countries," adding that "the political process aimed at achieving peace is currently in a severe predicament."

The Palestinian President added that "we are committed to the culture of peace, despite the pressures we are facing," mentioning the cutting of the financial support of the United Nations Relief and Works Agency for Palestine Refugees.

Meanwhile, Gabriel said that "the political process in the Middle East is now passing through a difficult stage."

He said that "the decision of the United States on the city of Jerusalem was made out of the peace negotiations and this gives the impression that we are moving away from everything that was agreed upon in Oslo agreement."

Gabriel said that his country backs the two-state solution to ensure that there is peace in the region, and that "there is no practical or other political option to reach peace."

He stressed that "the status of Jerusalem must be negotiated between the two sides and not imposed by any outside party. This is not Germany's position, but the position of all EU countries."

Trump announced in Dec. 6 that the United States recognized Jerusalem as the capital of Israel and that the embassy of his country will be moved to the city.

His decree raised the rejection of Palestinians, Arabs and Muslims allover the world.

Palestinian relations with Washington have been strained and the Palestinians have declared that the U.S. administration lost its eligibility as a mediator and sponsor of the peace process in response to the declaration.

They threatened to step up their demand for membership of international agencies and go for other diplomatic options following the resolution in response to the continued stalled peace process.

Peace negotiations between Israel and the Palestinians have been stalled since 2014, after nine months of U.S.-sponsored talks that have not brought any progress.

Tags: Palestinian Mahmoud Abbas
Short Link rasanews.ir/201pTq
Share
0
Please type in your comments in English.
The comments that contain insults or libel to individuals, ethnicities, or contradictions with the laws of the country and religious teachings will not be disclosed