Amnesty warns against expulsions, executions of activists in Bahrain

Rasa - Amnesty International has warned against the execution and expulsion of anti-regime activists in Bahrain, saying Manama is using such sentences as a tool to crush all forms of opposition. 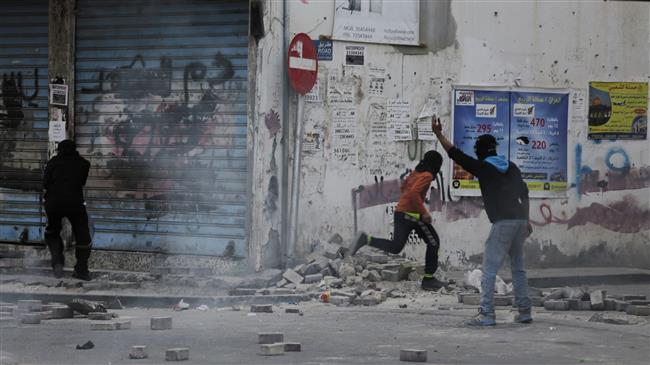 RNA - In two separate reports, the international rights group has provided details about the expulsion of four Bahrainis to Iraq and the death sentence given to an activist following a trial which relied on “confessions” extracted under torture.

Brothers Ismail and Ibrahim Darwish were expelled to Iraq on Sunday, followed by Adnan Kamal and Habib Darwish on Monday, Amnesty said.

Four other people - Mohammed Ali, Abdul Amir, Abdulnabi Almosawi and his wife Maryam Redha - have also been told they will be expelled to Iraq. The four had had their Bahraini citizenship revoked in 2012.

The four expelled men are part of a group of 31 Bahrainis who were stripped of their nationality in 2012 over allegations of causing “damage to state security.”

The 31 individuals were never officially notified of the decision and learned about it through the media, the report said.

According to the rights group, the Bahraini authorities have revoked the citizenship of more than 550 people since 2011, including at least 150 in 2017.

Amnesty noted that Manama revokes the activists’ citizenship by referring to a paragraph under Article 10 of the Bahrain Citizenship Law, which stipulates that nationality can be revoked if a person causes harm to state security.

“This paragraph is framed too broadly and does not clearly define what could amount to ‘harm to state security,’” Amnesty’s report pointed out.

“The Bahraini government is using revocation of nationality - rendering many of its citizens stateless in the process - and expulsion as tools to crush all forms of opposition, dissent and activism,” said Lynn Maalouf, Amnesty International’s Middle East Research Director.

“It is doing so with little to no pushback from the international community, including key allies such as the United Kingdom that could use their leverage to publicly condemn these actions,” she added.

“Turning citizens into stateless people and banishing them by forcing them to leave the country is a violation of international law,” the Amnesty official added. “Bahrain’s authorities must immediately halt all planned expulsions and allow those it has already expelled to return to the country and reinstate their nationality.”

Execution after confessions under torture

In another report, Amnesty pointed to the upholding of the death sentence against Maher Abbas Ahmad following a trial which relied on “confessions” extracted under torture.

On January 29, Bahrain’s Court of Cassation upheld the death sentence and if the king ratifies his sentences, Ahmad will be at imminent risk of execution, the report said.

Maher Abbas Ahmad was first sentenced to death on 19 February 2014 on charges of premeditated murder of a police officer with explosive materials in Sahla, on the outskirts of Manama, on 14 February 2013.

Maher Abbas Ahmad told his lawyer that he had been tortured under interrogation during the first few days he was arrested.

Although he told the judge about the torture during one hearing, no investigation is known to have been launched into the matter, Amnesty said.

The international rights group pointed to several other death sentences against Bahraini activists and said, “Amnesty International opposes the death penalty in all cases without exception. The death penalty is a violation of the right to life and the ultimate cruel, inhuman and degrading punishment.”

Thousands of anti-regime protesters have held demonstrations in Bahrain on an almost daily basis ever since a popular uprising began in the country in mid-February 2011. They are demanding that the Al Khalifah regime relinquish power and allow a just system representing all Bahrainis to be established.

Tags: Activist Execution exile bahrain
Short Link rasanews.ir/201pTi
Share
0
Please type in your comments in English.
The comments that contain insults or libel to individuals, ethnicities, or contradictions with the laws of the country and religious teachings will not be disclosed