Rasa - Social media networks with their billions of users have made their way to the heart of political and ideological clashes, providing a deep-reaching platform that some leaders and regimes tend to use in a rather propagandistic manner. 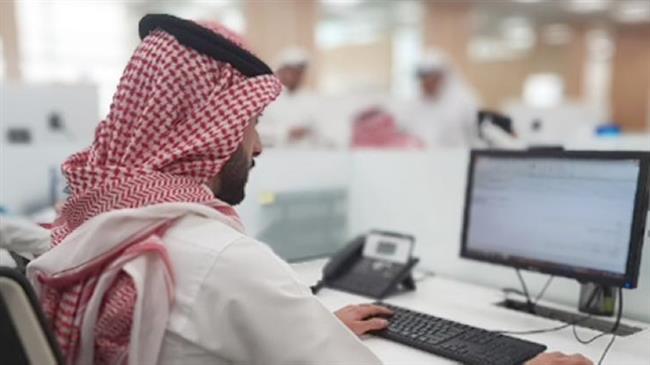 RNA - Mix this desire with an unlimited amount of money and you will arrive at a dangerous concoction of technology and mind control techniques that will allow you to force your ideology upon people without really lifting a finger.

This is what Saudi Arabia has done in a never-ending push to forward its ideological agenda through spreading sectarian sentiments.

Marc Owen Jones, a Research Fellow at the Institute for Arab and Islamic Studies at Exeter University, has discoveredhundreds of Twitter bots that the oil-rich Riyadh regime has been using to sway people's minds about the reality of regional crises in the Middle East region.

In an article on his personal blog, Jones argues that repressive regime like Saudi Arabia and Bahrain have used social media to prevent the spread of uncensored information about themselves.

Warning of "industrial-scale propaganda" in the Persian Gulf region, the author says his investigations have revealed thousands of "fake" Twitter accounts used for the purpose of "polluting hashtags around the Persian Gulf with anti-Shia and anti-Iranian propaganda."

The accounts are all automated and "would, at certain times of the day, generate hundreds to thousands of tweets per hour, quickly flushing out legitimate tweets on various hashtags, including #Bahrain, #Yemen, #Saudi and others," writes Jones, who is also a researcher and director at Bahrain Watch NGO.

The suspicious accounts generated a whopping 10,000 tweets per day, promoting sectarian rhetoric aimed at spamming hashtags about unrest in Saudi Arabia's Shia-dominated region of Qatif, the Saudi-led war against Yemen, and Bahrain's crackdown on anti-regime protests.

Jones decided to put his findings to the test by analyzing thousands of tweets that contained the #Bahrain hashtag and were published on June 22, 2016, two days after prominent Shia cleric and opposition leader Sheikh Isa Qassim was arrested by Bahraini forces.

From the 10,000 #Bahrain tweets that Jones monitored during a 12-hour period on that day, around 51 percent were produced by Saudi-owned "bots or spammers with a sectarian, hate-inciting agenda."

Jones found out that the shady accounts had been used to tweet a total of four original tweets thousands of times.

"The relevant thing is that hundreds of what seems to be automated or spam Twitter accounts are repeating propaganda that conflates acts of violence, terrorism and unrest, with both Arab Shia and Iran," Jones writes.

"This strongly suggests that institutions, people or agencies with significant resources are deliberately creating divisive, anti-Shia sectarian propaganda and disseminating it in a robotic and voluminous fashion," he further argues.

Jones warns that the fake accounts not only create the impression that the Riyadh regime's policies are popular, they also drown out tweets that are legit and prevent them from being seen.

When Jones handed over the data to Twitter, the social networking company said it had identified and removed some 1,800 fake Saudi accounts and was expanding its probe.

However, Jones believes that much more needs to be done in order to stop the mind control tactic.

"Even with the greatest intention by social media companies, it remains a sad truism that the profound influence of certain agencies or states distorts the online public sphere by disproportionately allowing those with wealth and power to shape the nature of discourse available to other netizens," he concludes.

Tags: Iran Saudi bahrain
Short Link rasanews.ir/201pTc
Share
0
Please type in your comments in English.
The comments that contain insults or libel to individuals, ethnicities, or contradictions with the laws of the country and religious teachings will not be disclosed