Rasa - Thousands of people have gathered to attend a massive funeral for a renowned Shia cleric in Indian-controlled Kashmir. 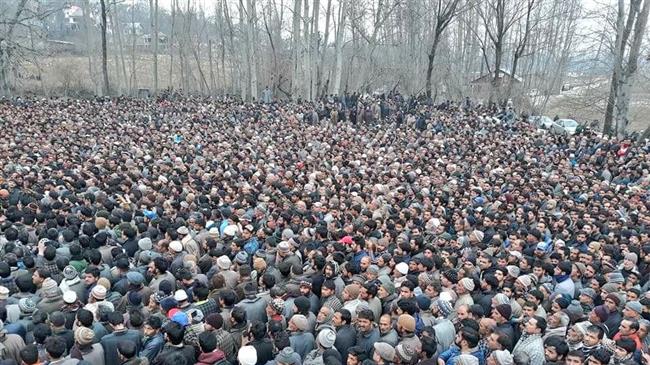 He passed away at his ancestral home in the region early on Monday after a brief illness.

Fazlullah was a son of Aga Syed Yousuf al-Moosavi al-Safvi, the founder of Anjuman Sharie Shian, a largest socio-politico-religious organization of Shia Muslims in the valley.

Agha Fazlullah, 70, who studied at a religious seminary in the holy Iraqi city of Najaf was a widely respected intellectual, educationist and leader with massive following in Kashmir.

Local residents say Agha was a visionary leader and a strong advocate of Muslim unity and intra-faith dialogue. His contribution in social, cultural and religious spheres in Kashmir is unparalleled. They say the late cleric had always worked for the welfare of all sections of the society.

Tags: Kashmir Funeral Shia
Short Link rasanews.ir/201pTX
Share
0
Please type in your comments in English.
The comments that contain insults or libel to individuals, ethnicities, or contradictions with the laws of the country and religious teachings will not be disclosed