Rasa - Foreign Minister Mohammad Javad Zarif has rejected the US president’s latest claim that he is standing alongside Iranian people, saying Donald Trump’s assertion once again demonstrated his “ignorance” of the realities on the ground in Iran and the wider region. 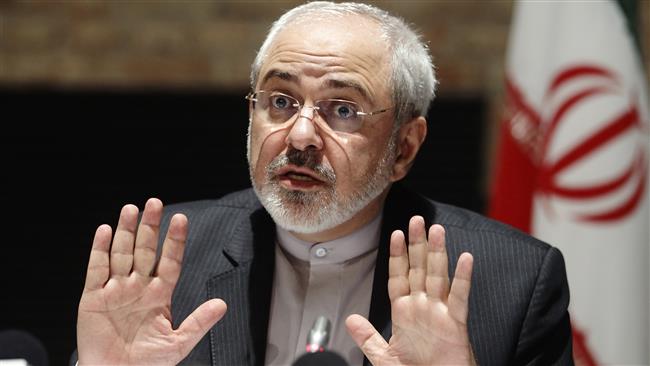 RNA - In his first State of the Union address to Congress on Tuesday, Trump claimed his foreign policy is focused on strengthening “friendships around the world” while “restoring clarity about our adversaries.”

Trump also boasted of his meddlesome stance on a wave of scattered riots that hit a number of Iranian towns and cities last month, saying, “I did not stay silent. America stands with the people of Iran in their courageous struggle for freedom.”

He also reiterated his hostile stance on the 2015 nuclear agreement between Iran and six world powers and said, “I am asking the Congress to address the fundamental flaws in the terrible Iran nuclear deal.”

Shortly after the address, Zarif tweeted that the US president’s comments show he actually lacks knowledge about issues concerning Iran and the region.

“Trump again confirms his ignorance of Iran & region. Everyone knows where he stands; and it’s certainly not with Iranians,” Zarif added.

In late December 2017, people in several Iranian cities held peaceful gatherings to criticize the country’s economic issues. Those rallies were, however, marred by scattered riots, which saw vandals and armed elements launch attacks on public property, mosques and police stations.

Upon the outbreak of violence, the original protesters responded to calls by authorities and left the streets, paving the way for law enforcement forces, backed by locals, to intervene.

Iranian people also held mass rallies to express their faith in the Islamic establishment and condemn the chaos as efforts were underway by security officials to end the riots and detain those behind the violence.

Back then, Trump posted multiple tweets in support of the violence, attempting to portray the vandals and rioters as ordinary protesters unhappy with Iran’s economic woes.

Zarif further made an apparent reference to Washington’s support for the repressive monarchies in the region as well as its complicity in the bloody Saudi-led war on Yemen.

Trump’s “ ‘virtuous,’ ‘democratically- elected’ clients in our region may cheer,” said Zarif ironically. “But not those on receiving end of their tyranny & weapons, incl Yemeni children.”

Defying criticisms by the UN and international rights groups, the US has openly stood by the Saudi military and its allies in the offensive against the most impoverished Arabian Peninsula state, providing them with weapons and military training.

Tags: Zarif Trump
Short Link rasanews.ir/201pTP
Share
0
Please type in your comments in English.
The comments that contain insults or libel to individuals, ethnicities, or contradictions with the laws of the country and religious teachings will not be disclosed