Rasa - Under pressure from the Tel Aviv regime, the Irish Senate has postponed a vote on a bill that forbids the import and sale of products from Israeli settlements as well as the services originating from the occupied territories. 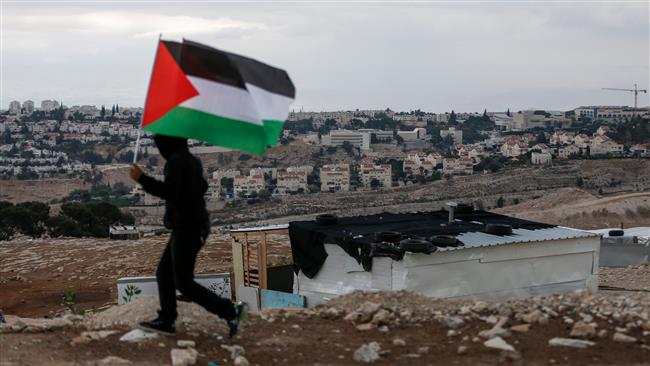 RNA - The bill, entitled Control of Economic Activity (Occupied Territories) Bill 2018, states that it is “an offence for a person to import or sell goods or services originating in an occupied territory or to extract resources from an occupied territory in certain circumstances; and to provide for related matters.”

It also says that those who “assist another person to import or attempt to import settlement goods” would be committing a crime punishable with up to five years in prison.

The Irish Senate debated the motion on Tuesday. Senator Frances Black, who had put forward the motion, described the Israeli settlements in the occupied West Bank, East Jerusalem al-Quds and the Golan Heights as a “war crime.”

She also stressed the anti-settlement bill was actually about respect for international law and standing up for the rights of vulnerable people.

“It is a chance for Ireland to state strongly that it does not support the illegal confiscation of land and the human suffering which inevitably results,” Black said.

“In the occupied Palestinian territories, people are forcibly kicked out of their homes, fertile farming land is seized and the fruit and vegetables produced are then exported to pay for it all,” she added.

A group of Israeli activists, among them former lawmakers and ambassadors as well as legal experts, artists and academics, had also sent a petition to the Irish parliament, asking it to support the motion.

They urged “Ireland to support any legislation that will help enforce differentiation between Israel per se and the settlements in the occupied territories,” read the petition. “The Israeli occupation of the territories beyond the 1967 borders, ongoing for more than 50 years with no end in sight, is not only unjust but also stands in violation of numerous UN resolutions.”

However, the Irish Senate suddenly decided to adjourn the debates regarding the bill until July as the regime in Tel Aviv scrambled to torpedo the measure.

Irish Foreign Minister Simon Coveney “had asked today for time...He has given a commitment in writing that if the debate is adjourned today the government will facilitate time for this debate to be resumed before the summer recess in July,” Senator Alice Mary Higgins said.

“The initiative gives backing to those who seek to boycott Israel and completely contravenes the guiding principles of free trade and justice,” Netanyahu’s office said in a statement released on Tuesday.

Tags: Settlement Israel
Short Link rasanews.ir/201pTK
Share
0
Please type in your comments in English.
The comments that contain insults or libel to individuals, ethnicities, or contradictions with the laws of the country and religious teachings will not be disclosed