Rasa - At least seven Rohingya Muslims, including three babies, have drowned in two separate incidents near the Bangladeshi coastline while fleeing violence in Myanmar. 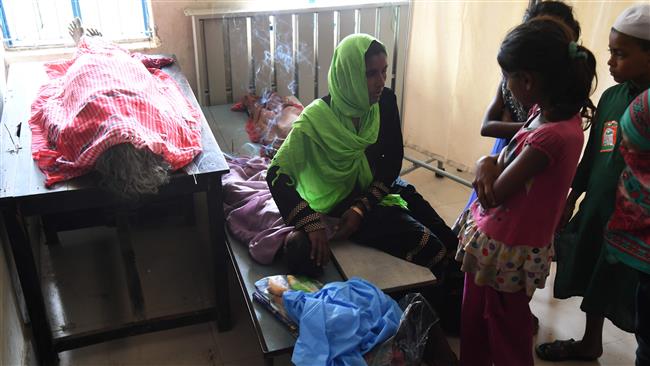 RNA - Four of the refugees died on Tuesday after their boat sank in inclement weather off the coast of Bangladesh, police authorities said.

“There were at least 33 people in the small trawler, which capsized after it was caught in high waves,” local Police Chief Abul Khair said. He said one of the victims was found dead at the scene while six others were rushed to the hospital in critical condition, three of whom later died.

Separately, officials also said that three babies fell into the water and drowned as their vessel reached the shore in the town of Teknaf on Monday evening.

The developments came as the United Nations estimates that more than 605,000 members of the Rohingya minority have fled government-sanctioned violence in Myanmar since August 25.

The refugees, in Bangladesh, have described systematic massacres, rape, and arson in their villages by Myanmarese troops and Buddhist mobs.

At least 200 Rohingya Muslim refugees have drowned since late August while making the sea crossing from Myanmar to Bangladesh.

Tags: Muslim Rohingya
Short Link rasanews.ir/201p24
Share
0
Please type in your comments in English.
The comments that contain insults or libel to individuals, ethnicities, or contradictions with the laws of the country and religious teachings will not be disclosed