Rasa - Israeli Minister for Military Affairs Avigdor Lieberman said he seeks to expand a step further the contentious policy of demolishing the homes of those Palestinians who have been involved in purported fatal assaults against Israeli settlers, so that it could also include those Palestinians whose alleged attacks left Israelis with serious injuries. 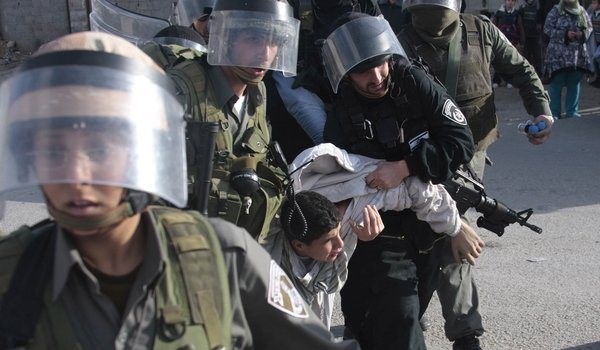 RNA - Lieberman, in a statement on Sunday, instructed the military to “examine the possibility to demolish the homes of” those Palestinians “who carried out attacks in which Israeli civilians were seriously wounded,” adding that such a measure would be “effective” in deterring other Palestinians from planning and carrying out future “attacks”, News18 reported.

“There's no difference between an attack that ends in murder and one that ends in a serious injury. In both cases the homes of the terrorists must be demolished,” he said.

Since 1967, the Israeli regime has been enforcing the draconian policy of demolishing the homes of those Palestinians who are deemed by Tel Aviv to be behind fatal attacks against Israeli settlers. The practice, however, was temporarily halted from 2005 to 2014, with the exception of 2009, when scores of homes were sealed and razed in East Jerusalem al-Quds.

Nevertheless, in 2014 Israeli Prime Minister Benjamin Netanyahu announced as a policy the resumption of demolitions in the occupied West Bank.

Tel Aviv has been occupying the West Bank, including East al-Quds, since taking the Palestinian territory by force in 1967. Ever since the occupation, it has been propping up settlements throughout the land, in a move condemned by the United Nations, and considered illegal under international law, which bans construction on occupied territory.

Over the past few years, the West Bank and other Palestinian territories of East Jerusalem al-Quds and the besieged Gaza Strip have been witnessing what is widely referred to as the Third Intifada or Palestinian Uprising against the Israeli occupation.

Tensions broke out in August 2015, when Tel Aviv introduced restrictions on the entry of Palestinian worshipers into the al-Aqsa Mosque compound in East al-Quds. Israeli forces have been confronting Palestinian protesters with unremitting aggression, killing more than 300 of them since October that year, when the clashes intensified.

Tags: Palestinian Israel
Short Link rasanews.ir/201p1s
Share
0
Please type in your comments in English.
The comments that contain insults or libel to individuals, ethnicities, or contradictions with the laws of the country and religious teachings will not be disclosed