1,000s rally against PEGIDA on its anniversary

Rasa - Thousands of people have taken to the streets in eastern Germany to protest against xenophobia and racism on the third anniversary of the establishment of an extremist movement in the European country. 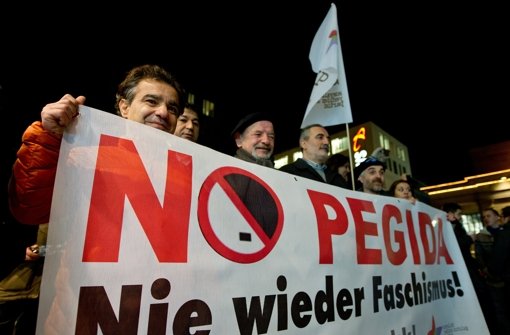 RNA - Around 3,500 people flocked to the streets in the eastern German city of Dresden on Saturday, as members of the Patriotic Europeans against the Islamization of the West (PEGIDA) movement attempted to celebrate the group’s emergence in the late 2014.

Under the banner “For a Dresden without racism,” the counter-demonstrators and liberal activists took part in the rally and condemned the racist, xenophobic, and anti-immigration policies of the far-right political parties in Germany.

“It is important to show where the red lines are — where inhibition is no longer tolerable,” Dresden Mayor Dirk Hilbert, who organized the event, said in an address to the counter-demonstrators.

On the rival camp, an estimated crowd of 2,800 waved German flags and protest signs against refugees, Islam, and German Chancellor Angela Merkel.

The PEGIDA rally was delayed for an hour due to a technical glitch on stage before the demonstration officially got underway with the speech of several newly-elected members of far-right Alternative for Germany (AfD) party.

The party managed to win almost 13 percent of the votes in the September 24 general elections in Germany, making it the third-biggest party in the German lower house of parliament.

During the Saturday rally, around 600 police officers were on duty to prevent any clashes between the two groups. Officials said the protests remained peaceful.

The PEGIDA movement, which is a staunch opponent of Muslims and asylum seekers, began to launch rallies in Dresden on October 20, 2014, and has attracted thousands of supporters across Germany since then.

In a rally on February 2015, some 20,000 PEGIDA supporters flooded the streets of Dresden, with counter-protests that were often at least the same size.

The group, however, has been caught in a series of scandals that have prompted mass resignations among its leaders and its near disappearance from the German political scene.

Tags: Rally PEGIDA
Short Link rasanews.ir/201p1j
Share
0
Please type in your comments in English.
The comments that contain insults or libel to individuals, ethnicities, or contradictions with the laws of the country and religious teachings will not be disclosed