Rasa - Iranian President Hassan Rouhani has rejected a request by his US counterpart Donald Trump for face-to-face talks on the sidelines of the UN General Assembly conference in New York last month, a senior Iranian analyst disclosed on Sunday. 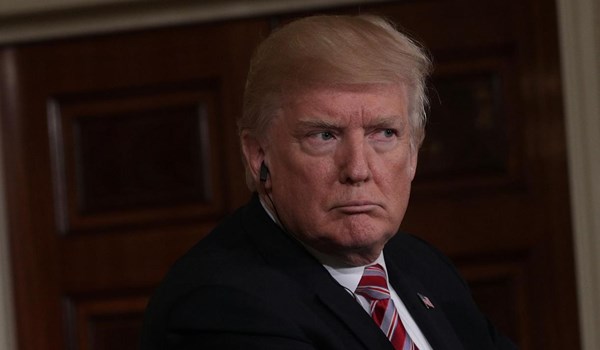 RNA - "US President Trump has invited President Rouhani to a face-to-face meeting during Mr. Rouhani's visit to New York to participate in the UN annual conference in September but our president has turned down the offer," Mahdi Faza'eli wrote on Sunday.

Noting that the demand was raised one day after Trump's insulting speech against Iran at the UN, he said French President Emanuel Macron has also been trying to persuade President Rouhani to accept the meeting, but failed.

Faza'eli underlined that the US statesmen's efforts to hold talks with Iran are nothing new, and said, "The Americans are sure that such negotiations will benefit them but they will have no achievements for Iran but harm."

Hours after initial FNA report on Sunday, Iranian Foreign Ministry Spokesman Bahram Qassemi confirmed Faza'eli's revelation, saying that "this willingness (to meet President Rouhani) was expressed by the American side, but was rejected by the Islamic Republic of Iran's president".

Yet, Qassemi denied Macron's mediation efforts, saying that the part of the report that refers to the French president is incorrect.

Trump gave a harsh assessment of Iran during his first address to the United Nations General Assembly as President.

“The Iran deal was one of the worst and most one-sided transactions the US has ever entered into,” Trump said. “Frankly, that deal is an embarrassment to the United States, and I don't think you've heard the last of it. Believe me.

The Iranian government warned that pulling back from the 2015 nuclear deal would force America to pay a "high cost".

Tags: Iran Trump
Short Link rasanews.ir/201p1g
Share
0
Please type in your comments in English.
The comments that contain insults or libel to individuals, ethnicities, or contradictions with the laws of the country and religious teachings will not be disclosed