Rasa - The United Nations (UN)’s aid chief says the humanitarian situation in Yemen, which has been under a Saudi-led war for two and a half years, is “shocking.” 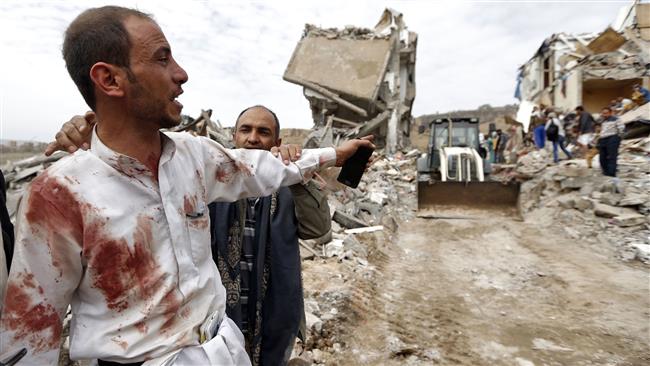 RNA - Wrapping up a five-day visit to Yemen, Mark Lowcock, the UN’s head of humanitarian affairs and emergency relief, said in the Yemeni capital, Sana’a, on Saturday that the war had to end through a political process.

“I came to Yemen to better understand the deteriorating humanitarian crisis, including the fastest-growing cholera epidemic the world has ever seen, the world’s largest food insecurity and conditions of widespread population displacement,” Lowcock said. “It’s been shocking to see the terrible impact of this man-made conflict.”

“The UN calls on all parties... to uphold the highest standards of international humanitarian law and respect human rights with respect to everyone, including detainees and journalists,” he added.

Leading a number of its allies, Saudi Arabia started the war on Yemen in March 2015 to restore a former Riyadh-allied government.

More than 12,000 people have died since the military aggression began. The invasion has also rendered much of Yemen’s health infrastructure destroyed, making it especially vulnerable to a cholera epidemic that struck the country in April. The disease has so far claimed 2,000 lives.

The Saudi-led coalition has also imposed an all-out blockade over Yemen, despite its dire need for humanitarian assistance.

The UN has described the situation in Yemen as the world’s worst humanitarian crisis.

Tags: Yemen UN Saudi
Short Link rasanews.ir/201p1S
Share
0
Please type in your comments in English.
The comments that contain insults or libel to individuals, ethnicities, or contradictions with the laws of the country and religious teachings will not be disclosed