US, Israel Seeking Balkanization of Region

Rasa - Senior Advisor to the Iranian Parliament Speaker Hossein Amir Abdollahian blasted the Washington and Tl Aviv regimes for plotting to disintegrate the Middle East region, and said that the enemies are trying hard to disintegrate the regional countries one after another. 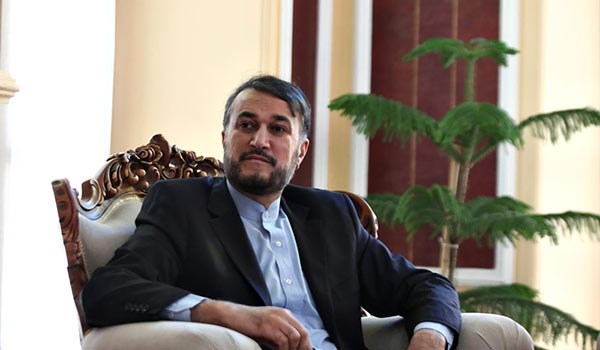 RNA - "The breakup of the region is a serious threat and the US is taking advantage of the leverage of Kurds in Iraq and Syria to fulfill this objective and the Zionists are after Balkanizing the region,” Amir Abdollahian said in a meeting with Syrian Deputy Foreign Minister Faisal Mekdad and while pointing to the plots by the US and Israeli regime for the Middle East region.

He reiterated that disintegration is still the top priority of the US for the region.

“The Islamic Republic of Iran will vehemently continue its support for the governments, armies, and people of Iraq and Syria in fighting terrorism and preserving the national unity and territorial integrity of these states,” Amir Abdollahian added.

The Syrian deputy foreign minister, for his part, thanked Iranian government for supporting Syria in the war against terrorism.

"The US and its allies act hypocritically in Syria in regard to Syrian people and humanitarian aids," Mekdad added.

In relevant remarks on Thursday, Iranian Parliament Speaker Ali Larijani in a meeting with Iraqi Prime Minister Haider al-Abadi in Tehran lauded the Iraqi government and nation for their recent victories against the ISIL terrorist group.

"Iraqi people’s battle against terrorists has made them stronger and proved to the world that nobody can take any aggressive action against their country," Larijani said during the meeting in the Iranian capital.

The Iranian parliament speaker said that the Iraqis cut the hand of terrorists from their country and managed to prevent its disintegration by taking necessary measures.

"The Iraqi nation's resistance against terrorists showed to the world that Iraq is powerful and nobody can invade it,” Larijani added.

He pointed to the US and Israeli moves in Iraq, and said said, “They pursue certain objectives the most important of which is to prevent the presence and activities of the popular armed forces, because they want to damage the power of Muslims by doing this."

Tags: Hossein Amir Abdollahian US Israel
Short Link rasanews.ir/201p1I
Share
0
Please type in your comments in English.
The comments that contain insults or libel to individuals, ethnicities, or contradictions with the laws of the country and religious teachings will not be disclosed